New Lenovo Thinkpad Yoga is the most beautiful corporate Chromebook at the moment. It has an Abyss Blue aluminum body and a smart design. At the heart of the system is an AMD Ryzen 7 3700C processor and comes with a 13.3-inch 1080p display with narrow bezels, multiple ports, and WiFi 6. The Lenovo convertible is also relatively light and thin. With a thickness of 15.5 mm, and it weighs 1.5 kg.

The Lenovo Chromebook is equipped with an HD webcam, stereo speakers, and two microphones, which is in demand in today’s remote work environment. A pen is offered as an option.

Lenovo Thinkpad C13 Yoga Chromebook is now available to buy on Amazon.com for $917.75.

Lenovo recently has also introduced a series of laptops including ThinkPad P1 and ThinkPad X1 Extreme Gen 3 Workstation Laptops with the LTE-A and Wi-Fi-6 support, ThinkPad P17 Mobile Workstation with a stronger cooling system, higher-clocked GPUs, and a modular design with daughter cards instead of a soldered GPU, and the first PC with a flexible screen called Lenovo ThinkPad X1 Fold with 13.3-inch Flexible OXGA OLEO screen, WiFi 6, and 5G support.

He started this blog as a hobby to show his affection for gadgets, but over the time this hobby became professional. And now he is working as a full-time blogger, but in free time he loves watching movies and games. PayPal donation for TechToyReviews will be appreciated.
@ankit4554
Previous LG CineBeam HU810P Ultra HD Dual Laser Home Theater Projector
Next Lenovo ThinkBook 14s Yoga Convertible packs an Intel Tiger Lake CPU and Thunderbolt 4 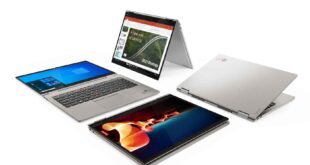 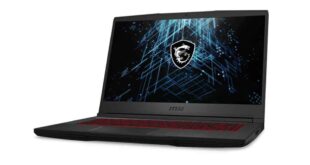 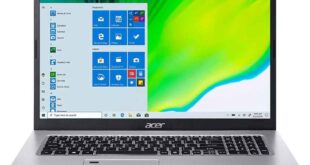 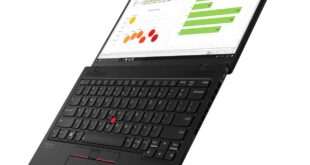 Lenovo’s new 13-inch flagship has finally been available to buy on Amazon. The Lenovo ThinkPad …