With the ROG Strix G series, Asus has introduced two new gaming notebooks: Asus ROG Strix G17, and Asus ROG G15 which should be stylish and powerful at a fair price. In the top model, an AMD Ryzen 9 5900HX is used in combination with an Nvidia GeForce RTX 3070 and a 300 Hz display.

In addition to the new ROG Strix SCAR 15 and 17, Asus has also presented a cheaper version than the Strix G15 and G15. The manufacturer relies on a similar design, the RGB lighting was dispensed with, but there are chic accents in red or pink, depending on the selected color. The back of the display has a dot matrix design, apart from the “Hot Pink” model, which has an “Electro Punk” design instead.

Depending on the model, the 15.6-inch or 17.3-inch display is either a 300 Hz 1080p version or a 165 Hz 1,440p panel; the latter can fully display the DCI-P3 color space and the response time will be specified with 3 milliseconds for both options. The stereo speakers should be almost three times as loud as in the previous model.

Thunderbolt is missing, as is usual with Ryzen notebooks, at least a USB-C 3.2 Gen 2 port is available, which supports DisplayPort 1.4 as well as Power Delivery, so that the 90 Wh battery can be charged with up to 100 watts on the go for gaming to have enough power available, a separate 240-watt power supply is included. There are also three USB-A 3.2 Gen 1, HDMI 2.0b, Ethernet, and a headphone jack.

He started this blog as a hobby to show his affection for gadgets, but over the time this hobby became professional. And now he is working as a full-time blogger, but in free time he loves watching movies and games. PayPal donation for TechToyReviews will be appreciated.
@ankit4554
Previous CES 2021 | Asus Promises Maximum Performance With Liquid Metal Cooling With ROG Strix SCAR 15 and 17
Next CES 2021 | MSI GE76 Raider Gaming Laptop With GeForce RTX 3080 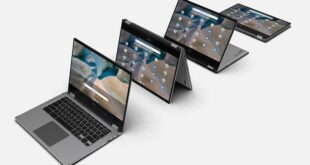 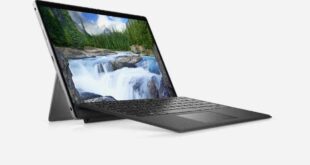 In addition to the regular Latitude 7320, Dell has also introduced a fresh detachable laptop …