I switched from Android to iOS but was soon disappointed. What was wrong?

I’ve been using Android for years, but at some point, I realized that I needed something new. Bought an iPhone 11 and … sold it three months later. Couldn’t get used to iOS. Let me tell you what is wrong with this operating system. If you are planning to transfer from Android to iPhone, then my experience may be useful for you.

My first full-fledged smartphone was the LG Optimus One (P500), which ran on early versions of Android. At the same time, I started working on techtoyreviews.com and understanding the secrets of Root, installing custom Rom and Flashing. As a result, the device saw a frantic number of CyanogenMod assemblies, and the processor was overclocked with the hope of squeezing the maximum out of the hardware. However, on this smartphone, my courage ran out.

In late 2020 decided to transfer from Android to iPhone, so I took the iPhone 11 at a good discount. But three months later I said goodbye to him. Did anything go wrong?

Transfer from Android to iPhone: What we liked

I’ll start with the good.

No matter how scolded iOS for limited customization, the system looks very clean. All application icons are one-to-one, beautiful animations (although in some places too slow and stringy), blurring of the background when opening different menus, and so on. I don’t know why, but if you fill the desktop with icons on Android, you get a mess, while on iOS everything looks as organic as possible.

Special appreciation to Apple for implementing the Dark theme. This feature was available on Android from various manufacturers long ago, but it was always limited to only a few preinstalled applications. In 2019, this option appeared at the system level in Android 10, but Google still continues to update its applications, gradually providing them with a dark interface. Apple somehow added a dark theme all at once.

iOS widgets are incomparably better implemented. First of all, I am talking about aesthetics. Even solutions from the same Google for a competitor’s platform look many times prettier than their counterparts for their own OS. Why this is so is a mystery.

From the first minutes of using the iPhone, I liked the work of auto-brightness and True Tone. The adjustment is as smooth as possible and is almost imperceptible to the eyes. It’s true, in the dark the iPhone still tries to reduce brightness, as we would like, and you have to raise it a little manually. But the color temperature setting works as accurately as possible and does not distort the picture, while on Android in similar modes the entire screen turns wildly yellow.

The Share menu has been made as convenient as possible. This can be configured manually by specifying the applications that come in priority when sending content. Moreover, the system understands with whom you communicate most often, suggesting these people in the first place. On Android, this menu lives its own life, substituting applications and people for a completely incomprehensible principle. Often the OS offers to send something to people with whom I never or very few communicate.

There are also pluses for small things. This is the hassle-free operation of the Apple Pay payment system, which has never failed over the entire span of the iPhone, a simple universal search and applications in the system, as well as more convenient applications than its Android counterparts. For example, Telegram and Chrome, as for me, are more convenient to use on iOS.

The problems started with the initial setup of the iPhone. I already had an Apple ID associated with my main mail, but I forgot the password for it. To reset, Apple sought to answer a number of security questions, the exact answer of which I had also basically forgotten – who remembers five years later. The funny thing is that if you don’t remember the answers, then the system asks you to answer at least a few questions. And nothing else. Why can’t I reset it in other ways? After a lot of time and attempts, I still managed to remember the answer to one of the questions.

Then there was a nuisance with installing applications. It turned out that to download literally every app from the App Store, whether paid or not, you need to activate Face ID. Why is it impossible to make a check only for paid ones or in general once every conditional 10 minutes or until the next blocking of the device? Making Face ID calls multiple times in a row is clearly exhausting.

Due to Apple’s obsession with security, I lost access to one of the services. So, when entering one of the applications, the system indicated that the password had already been used in another program, so it cannot be reused. This application was added by mail only, with which I lost access for a long time and could not recover, but I always entered everywhere via a username and password. Apple didn’t like it, and eventually, I ended up losing my account. It turned out extremely unpleasant.

I found out about the fact that some application settings are inside them, and some are in system settings. The same applies to the programs of Apple itself. For example, HDR and grid in “Camera” are for some reason only enabled in system settings, and not in the application itself. Similarly with “Phone”, “Message” and others. By the way, in the device settings, it is very intrusive to try out the company’s services – in fact, the same advertising. It is also available in the App Store when you use search.

I experienced special pain from the proprietary keyboard. After Gboard, it was extremely difficult for me to use it. To type each character, you need to constantly switch somewhere. It is clear that this is more a matter of habit, but on Android, the implementation is still more to my liking. By the way, the iOS version of Gboard was less functional, and the accuracy of word recognition when typing with a swipe is extremely low.

The implementation of swiping back from the left edge of the screen is a controversial decision. Even on the iPhone 11, with its small screen, it is not always convenient to do with one hand. I don’t understand why not implement this action with a swipe from the right side, or even give the user options in the settings. Also, in many applications, this gesture simply does not work, and you need to access the corresponding button in the top left corner. Immediately, I note that you can only swipe a screenshot or a tab in Safari to the left – again incomprehensible restrictions.

Why can’t I adjust the alarm volume separately? It depends on the ringer volume. To prevent the alarm clock from screaming for the entire apartment in the morning, you should lower the ringer volume before going to bed, and then return it back, otherwise, you will not hear the call during the day. It is also impossible to separately adjust the volume of notifications.

The Call app has been around for the past decade. The functionality is zero. This is particularly noticeable against the backdrop of an analog from Google with a built-in caller ID, search for nearest installations, and other convenient solutions. So it also works strangely. With an incoming call, in a blocked state, sometimes two buttons appear – answer and reject, and sometimes only one slider to answer, while to reject you need to press the power button, but guess that yourself.

Have questions about Face ID. Facial recognition is accurate and instantaneous in itself but periodically calls for a passcode when unlocking the iPhone. Why? – I do not understand. In addition, Face ID is only a nuisance when out of the house. Due to the mask on the face, the smartphone must be unlocked with a password. In iOS 14.5, they tried to fix it, but for this, you need to buy an Apple Watch.

Why does the iPhone save photos, screenshots, and downloaded images to a shared feed? I use Google Photos, where I have thousands of pictures. The problem is that all screenshots and images uploaded to iOS are also uploaded to the cloud, which I don’t need at all. And if the screenshots are easy to delete, the downloaded images often fly far below and get lost there. So the space in the cloud is filled with files that I don’t need.

I will also pay attention to the small things:

What is the final line?

I don’t say that I didn’t understand anything and, maybe, I scolded iOS for nothing. But this is my personal experience. After trying to use it for three months, I sold my iPhone and took the flagship Android smartphone for almost no extra cost. I am not saying that Google’s OS is perfect, but for me, it is more convenient and more logical in many places.

He started this blog as a hobby to show his affection for gadgets, but over the time this hobby became professional. And now he is working as a full-time blogger, but in free time he loves watching movies and games. PayPal donation for TechToyReviews will be appreciated.
@ankit4554
Previous Razer Anzu Smart Glasses make Gaming, Work, and Leisure more Pleasant
Next Deity V-Link 3.5mm TRS Male to XLR 3-Pin Microphone Adapter Cable introduced 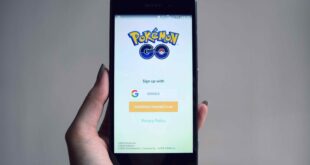 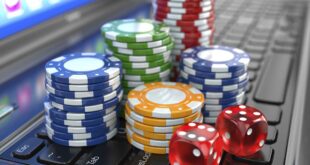 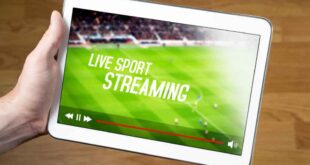 If you’ve read the news over the past few weeks, you’ve probably seen memes being …