With the Anzu, Razer has introduced its first smart glasses. The wearable is equipped with various features such as lenses with blue light filters and open-ear audio as well as a microphone. The Anzu Bluetooth glasses are not only aimed at gamers but should also show their advantages when working and in leisure time.

The well-known gamer brand Razer presented Bluetooth sunglasses called Anzu. It is the company’s first eyewear product and is intended to support the wearer with various features not only when playing, but also when working and during leisure time indoors and outdoors. The Razer Anzu combines blue light or UVA / UVB protective lenses with touch controls and open-ear audio and microphone in one wearable.

Talking about this Smart glasses technology, the Anzu has lenses with an integrated blue light filter. According to the manufacturer, they filter blue light by 35 percent. The eyes should be protected from glaring light when working on a computer screen and should not tire so quickly. Alternatively, the Bluetooth smart glasses can also be converted into sunglasses with the included replacement lenses with 99 percent protection against UVA / UVB.

In addition to the battery and technology, speakers for open-ear audio are also integrated into the wide arms. A connection can be established via Bluetooth 5.1 with 60 ms latency, e.g. B. Play music from your smartphone. Thanks to the integrated microphone, the glasses should also be able to be used for communication (e.g. telephone calls or video conferences) as well as virtual smartphone assistants. Also, the ironing surface serves as touch control for music, calls, and activating the gaming mode.

According to the manufacturer, the integrated battery should last a good 5 hours. For a few people, this should not be enough for a whole working day on the screen. It may be long for an extended gaming session. If the smart glasses are not worn, they switch to stand-by mode. It should be able to stay for almost two weeks until it has to be charged again using the supplied USB-A charging cable.

The Razer Anzu is available to buy from Bestbuy.com in two versions (round and square) and two sizes each (S / M and L). The price is just under $200.

He started this blog as a hobby to show his affection for gadgets, but over the time this hobby became professional. And now he is working as a full-time blogger, but in free time he loves watching movies and games. PayPal donation for TechToyReviews will be appreciated.
@ankit4554
Previous Dell Alienware Aurora Ryzen Edition R10 with the latest AMD Chip and Nvidia GPU
Next I switched from Android to iOS but was soon disappointed. What was wrong? 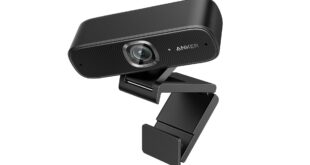