Sirui has unveiled a new kit based on its four existing Anamorphic lens models. Sirui MARS 1.33x lenses with focal lengths of 24mm, 35mm, 50mm, and 75mm are designed for easier handling and have gears for aperture and focusing rings. The focus range of each model has been significantly expanded to make it easier to fine-tune focus with tracking focus equipment.

While Sirui’s standard 1.33x anamorphic lenses come with a variety of mounts, the MARS kit is only offered for the Micro Four Thirds system. For unification, the f / 1.8 apertures are now designated T2, and the f / 2.8 aperture for 24mm is now designated T2.9. All lenses have 67mm filter threads, MARS optics are heavier and longer than their original equivalent, and the barrel now has a focus and aperture scale that is visible from the side, not just from the top.

Sirui says that he did not change the optical designs for these lenses in the process, and the number of elements used and the way they are grouped are exactly the same as in the original models.

At the moment, the Sirui MARS 1.33x Anamorphic lenses are only available as a set on the Bhphotovideo.com at $3,999, they are shipped in a hard case, not individually, and they should begin shipping on August 20.

Recently Sirui has introduced the 24mm F2.8 Anamorphic 1.33x wide angle lens is designed for Canon EF-M, Fujifilm X, Nikon Z, Sony E, and Micro Four Thirds. This Anamorphic wide lens increases the horizontal FOV by 33% compared with traditional 24mm APS-C lenses. The captured image is displayed in a 2.4:1 format in a 16:9 setting and is priced at $999.

He started this blog as a hobby to show his affection for gadgets, but over the time this hobby became professional. And now he is working as a full-time blogger, but in free time he loves watching movies and games. PayPal donation for TechToyReviews will be appreciated.
@ankit4554
Previous TTArtisan 11mm f2.8 Fisheye lens for Fujifilm GFX
Next Repairing a Broken Mac Trackpad: A How-To Guide 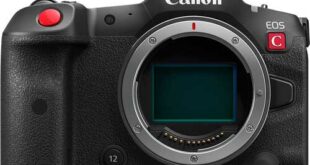 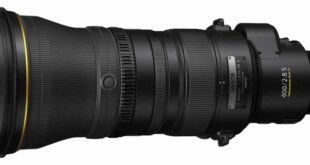 Leica M11: A new Edition of a Legend

The M is the epitome of Leica par excellence. As a handy and fast rangefinder …