The Samsung SE370 monitor with charging docking station, which placed in the stand of the monitor, you have to place your device on the stand’s charging area to initiate automatic charging, which is confirmed by an LED light. For now there is not any official release date and price confirmed for 24-inch (S24E370DL) and 27-inch (S27E370DS) Samsung monitors. Both use PLS panels for wide viewing angle of 178 degrees, the maximum brightness of 300 cd/m2 and will support AMD FreeSync technology that helps the monitor to synchronize the refresh rate with the frame rate of AMD graphics card to minimize input latency, as well as to reduce lag during watching high-quality videos and playing games.

At launch, Mr. Seok-ki Kim, Senior Vice President of Visual Display Business Samsung said, “Technology should support, not interfere with, active lifestyles. Our customers increasingly rely on mobile devices to obtain information and interact with others; so by doing away with the clutter on their desks, we are helping them to use their mobile devices in a smarter way.”

Thanks for reading! If my article helped you, I would be happy if you visit Techtoyreviews again and follow it on Social media. This article contains partner "affiliate" links. Clicking on it will take you to the provider and if you make a purchase, Techtoyreviews will receive a small amount of support.
@Techtoynews
Previous LG Gentle Flip Smartphone with LTE and Android 5.1 Launched
Next Kingzone N5 with 5.0 inch Gorilla 2.5D Arc Screen and Android 5.1 goes on Pre-order at $112.99 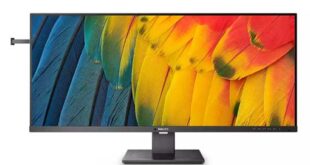