HMD Global’s Nokia 8, the next flagship from the Finnish company, could launch late next month, claims a new report. The Verge, says that the Nokia 8 may launch on August 16. It’s however worth pointing it out that we are yet to hear a confirmation from HMD Global.

The Nokia 8 smartphone was spotted on the Nokia’s official Chinese site and has also hinted at a possible launch date as well. There’s a date on the lock screen, and it indicates that the device may launch today that declined the previously leaked release date of a 31st July. 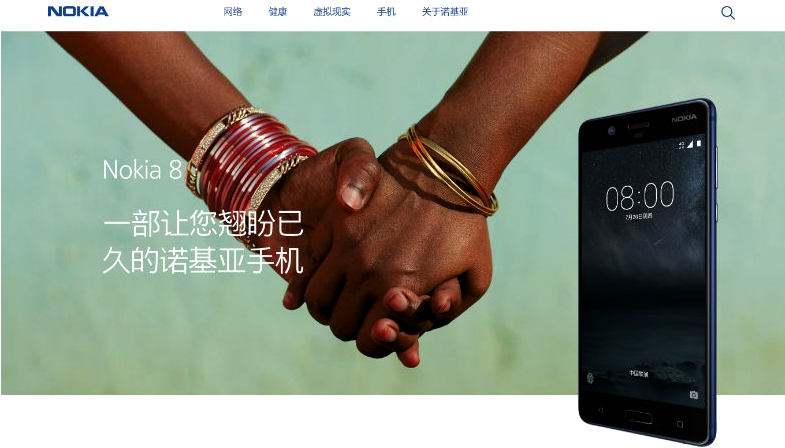 Evan Blass, the tipster has just today released a new image of the Nokia 8 in silver color, which is another render of the upcoming smartphone by HMD Global. This new render is also offering a clear look at the design of the phone from front and back. 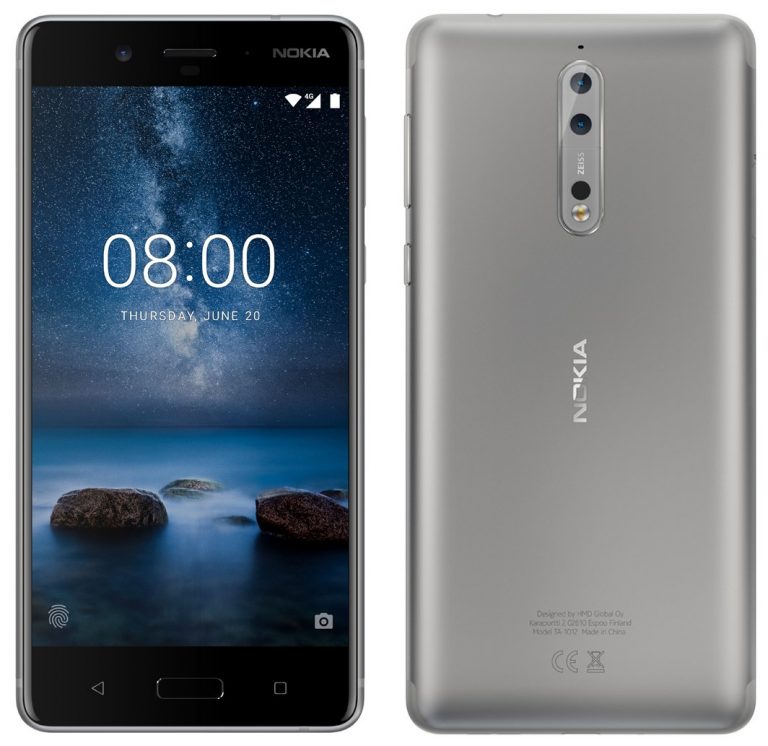 Another anticipation of Evan Blass who published a very first press render image of the next flagship Nokia 8 with Android 7.1.1 Nougat and Carl Zeiss optics design. Nokia 8 launch and the availability is expected to launch on July 31st, 2017 and price is around 600 Euros. 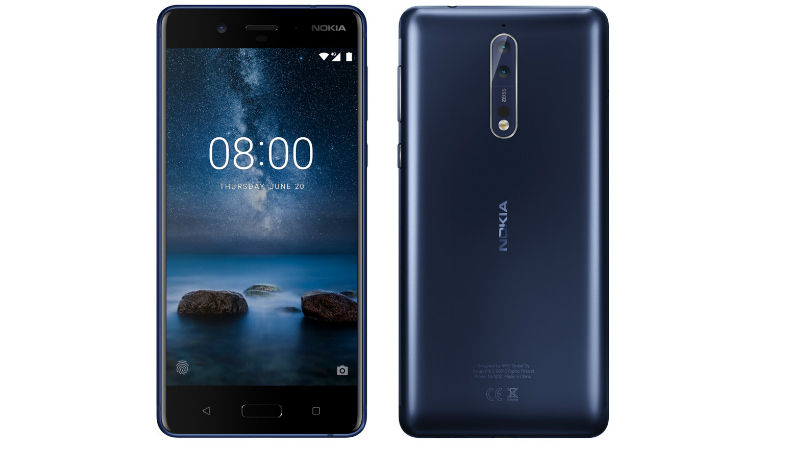 As per the press render of the Nokia 8 flagship showing the device from the front and back. The handset with Blue color and is seen sporting a metal body and a vertical dual camera setup at the back. The bezels to the right and left side of the display are fairly thin, but there are huge bezels on both top as well as the bottom of the display. There is, however, a fingerprint scanner which sits to the bottom and we can also see the capacitive touch buttons.

This is the first smartphone with the Zeiss brand camera lenses to be leaked after the announcement of HMD Global and Zeiss partnership earlier this month. The Evan Blass also leaked the dual camera module separately showing two camera lenses, a flash at the bottom, and an extra hole presumed to be for laser autofocus.

Coming to the Nokia 8 specifications, the device is expected to come with a 5.3-inch display with QHD (1440 x 2560 pixels) resolution, it is expected to be powered by the Snapdragon 835 processor coupled with 4GB RAM and 64GB of native storage. It is also rumored to sport 6GB or 8GB of RAM versions.

On the camera front, there will be 13-megapixel rear dual camera sensors at the rear from Carl Zeiss with dual-tone LED flash, and a 13-megapixel front-facing camera for selfie and video calling. The Nokia 8 will be available in Blue, Steel, Gold with Blue, and Gold with Copper colors.

Thanks for reading! If my article helped you, I would be happy if you visit Techtoyreviews again and follow it on Social media. This article contains partner "affiliate" links. Clicking on it will take you to the provider and if you make a purchase, Techtoyreviews will receive a small amount of support.
@Techtoynews
Previous Archos 55 Diamond Selfie Lite Pre-order Price, Release Date, Specifications, and More
Next Asus ZenBook 3 Deluxe UX490UA Available in US, Priced at $1,699