Today is an important day for gamers waiting for next-gen consoles: Xbox Series X and S pre-orders will start today. The first new Xbox Series X pre order price is $499.99, the second for $299.99.

It is not known how much the available stocks are, but those who intend to make the purchase should not be too late to make the reservation, also in light of a demand for gaming products that this period is proving very highly.

The BestBuy.com will also start pre-orders for Microsoft’s next-gen consoles, but it will be possible to book Xbox Series X and Xbox Series S also through the official store of the Redmond house and the various electronics and video game chains including GameStop, Expert, Euronics, Media World and Unieuro.

The availability date for Xbox Series X and S is set for next November 10th. In time for the launch, the family of Xbox peripherals and accessories will also be expanded with the new Carbon Black, Robot White, and Shock Blue controllers – Xbox Series X controller price has been set at $64.99 – and the new Play and Charge Kit sold for $24.99.

In the US, the Sony PS5 price starts from $399.99 for the digital edition, and the standard version of the Sony PS5 price has been set at $499.99, and both are listed on the BestBuy.com, Amazon.com, and Bhpohtovideo.com websites. Along with that third-party websites also listed various accessories and the new PS 5 games including Marvel’s Spider-Man: Miles Morales, Call of Duty: Black Ops Cold War, Cyberpunk 2077, Demon’s Souls, Sackboy: A Big Adventure, NBA 2K21, Watch Dogs: Legion, Destruction AllStars, and More.

He started this blog as a hobby to show his affection for gadgets, but over the time this hobby became professional. And now he is working as a full-time blogger, but in free time he loves watching movies and games. PayPal donation for TechToyReviews will be appreciated.
@ankit4554
Previous Apple Watch Series 6 Blue Aluminum: First Impression, Hands-On
Next Warm Audio WA-87 R2 Condenser Microphone: Clone of Classic Neumann U87 in New Avatar 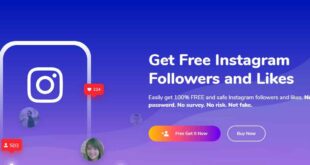