Logitech has expanded its range of universal remote controls with Harmony Express, a new model that integrates the Alexa voice assistant. The control unit has been designed to facilitate ease of use. There are ten buttons only. Nine of the buttons allow access to commonly used functions, such as adjusting the volume, accessing and exiting the menus and what is needed to control video playback (play/pause, forward and rewind).

At the top stands the button (circled in blue) to call Alexa. Voice interaction supports most of television service providers. The only language available is the English, support for other languages ​​may come in the near future. Obviously, there is no lack of compatibility with streaming services and the ability to control many TVs, decoders, consoles, audio systems and so on.

Users can then select a channel by saying their name or number, launch applications such as Netflix, Amazon Prime Video or YouTube or request help with programs, the latest news and check other “smart” devices in the home environment.

The remote control is combined with the Harmony Express application for Android and iOS devices. The app has a guided procedure that allows you to program the control of all the products in your possession. The devices can then be combined in order to be able to easily manage various usage scenarios. When watching TV, you can select an external decoder to select channels, the corresponding input on the TV and adjust the sound on an external system or soundbar. The application is also useful for revealing the position of the remote control. Harmony Express emits a sound that facilitates its localization (it can also be requested through a voice command).

The specifications show the ability to manage up to 15 devices. The commands are sent via an infrared emitter with a diameter of 88.8 mm and a height of 20.4 mm. The remote control battery can be recharged using the supplied USB cable. The duration is about 1 month.

Logitech Harmony Express is offered with a list price of $249.99 and it can be purchased through Amazon.com.

He started this blog as a hobby to show his affection for gadgets, but over the time this hobby became professional. And now he is working as a full-time blogger, but in free time he loves watching movies and games. PayPal donation for TechToyReviews will be appreciated.
@ankit4554
Previous Sony Xperia 1 Price in USA Revealed, Gets Listed on Bhphotovideo Store
Next Vivo Y17 With 6.35-inch HD+ Display, Helio P35, and 5000mAh Coming Soon in India 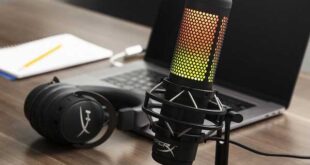 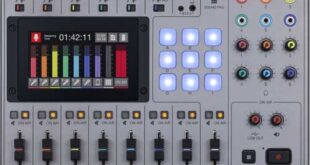 Thermaltake is now offering its ergonomic CyberChair E500 as a White Edition. Thanks to its …