JBL PRX ONE Portable PA System with Mixer and DSP

Harman has introduced a new professional-grade JBL PA system. The JBL PRX ONE received 2000 watts of pure sound and 16 speakers.

The portable PA system boasts some of the most impressive performance in the class D amplifier segment, delivering 2000 watts of power with a rolling and dense bass from 35 Hz and 130 dB SPL, allowing the audio speaker system to play on par with cabinet solutions. Hidden inside is an array of sixteen 2.5-inch speakers.

The manufacturer assures that they are geometrically optimized to create the most uniform radiation pattern both vertically and horizontally. This allows for minimal distortion. The subwoofer received a 12-inch speaker with four bass reflexes to achieve better low-frequency response. Multiple JBL PRX ONE PA speakers can be linked using the parallel XLR output.

External devices are connected using a built-in 7-channel mixing console with four combined XLR inputs, two of which support low-impedance Hi-Z connection, two TRS line inputs, and one Bluetooth 5.0 wireless input for mobile devices. The manual controls are based on seven Channel Strip Mode and Mix Mode knobs. The latter allows simultaneous access to all 7 encoders as faders on traditional consoles for level setting and channel mute. At the same time, you can download a special application, which will open up a lot of opportunities for remote control of several systems at once.

The JBL PA System is equipped with dbx’s DriveRack hardware and software suite, including an automatic feedback suppressor, 8-parameter master EQ, gate, compressor, and EQ separately for each channel as the ability to adjust the limiter and delay up to 100ms. In addition, the audio system is equipped with a separate Lexicon effects processor that generates the most popular Reverb, Chorus, Delay, and Echo effects for each channel.

Working with effects and DSP-processor is focused not only on specialists but also on a wide range of users.

JBL PRX ONE price and availability

The new JBL portable PA System has been priced at $1,599 and it can be pre-ordered via the Amazon.com and Bhphotovideo.com online stores.

We recently reviewed the JBL Charge 5, one of the brand’s most popular and best Bluetooth portable speakers. He’s got a powerful sound, a big battery, and can recharge other equipment.

Thanks for reading! If my article helped you, I would be happy if you visit Techtoyreviews again and follow it on Social media. This article contains partner "affiliate" links. Clicking on it will take you to the provider and if you make a purchase, Techtoyreviews will receive a small amount of support.
@Techtoynews
Previous Mitakon Zhongyi 35mm T1 Speedmaster Cine Lens for Canon RF, Sony E, Fuji X, and MFT
Next Pre-Orders of the Nokia XR20 Smartphone started in North America 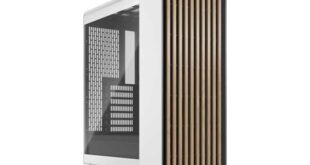