The Gigabyte AORUS 15G was one of the first gaming notebook to use the new Comet Lake H processors and the still brand new super graphics cards from NVIDIA, it can also score with a long list of features. In addition to powerful hardware, this includes a mechanical keyboard with RGB single-key lighting, a fast IPS display with a stable and proud 240 Hz, CNC-milled aluminum housing with a compact design. A 15.6-inch Gigabyte gaming laptop with Intel Core i9-10980HK and NVIDIA RTX 2080 Super Max-Q GPU for everyday gaming.

When AMD announced its new mobile Ryzen processors at the beginning of the year, Intel was forced to step up, after all it seemed as if the AMD Ryzen 9 4900H and its smaller offshoots could finally compete with the former top again after years. In April the time had come and the initial speculations about the new AMD models came true.

Intel did not hesitate for long, stepped up almost at the same time with its Comet Lake H processors and brought the first mobile Core i7 with eight computing cores onto the market in order to shorten the gaps again. On top of that, there are the new RTX2080 super graphics cards from NVIDIA that the graphics company announced at the same time as the new Intel CPUs.
The Gigabyte AORUS 15G gamer laptop was developed in collaboration with the professional esporter from G2 Esports and therefore has some important key data that every gamer’s heart desires. In addition to faster hardware, this of course includes a fast display with a high refresh rate, a fully mechanical keyboard and a stable housing with individual RGB key lighting.

Under the hood of the thin gaming laptop are the new Comet Lake H processors of the tenth core generation – mainly the Intel Core i9-10980HK with the highest clock and at the same time open multiplier. On the side of the graphics solution, the AORUS parent company Gigabyte relies on nvidia 2080 Super Max-Q. There is also up to 32GB DDR4 RAM and space for two fast NVMe SSDs. A regular 2.5-inch drive has to be omitted for reasons of space.

But that’s not all, because the AORUS 15G gaming notebook also has a wide range of other features. The display is of course a highlight. As with the Aero 15 or Aero 17 laptop gaming models, the focus is on a wide viewing angle stable IPS panel with particularly narrow screen edges of just 3 mm, which even certifies X-Rite-Pantone and therefore should score with good color rendering especially for the photo and video area. Natively, a gamer-friendly Full HD resolution of 1,920 x 1,080 pixels is offered, a high refresh rate of at least 144 Hz or even an arrow-fast 240 Hz is achieved.

In the area of ​​the keyboard, there is not only a chic RGB lighting with single key function and a separate number pad, but also fully mechanical key switches. Gigabyte relies on the B3KL-Keystrok from Omron, which come in a slim, low-profile format. A CNC-milled aluminum housing with comparatively compact dimensions and light weight as well as modern connections up to Thunderbolt 3, WiFi 6 and killer network chip round off the package.

He started this blog as a hobby to show his affection for gadgets, but over the time this hobby became professional. And now he is working as a full-time blogger, but in free time he loves watching movies and games. PayPal donation for TechToyReviews will be appreciated.
@ankit4554
Previous New MSI Creator 15 with 4K display and Nvidia RTX 2080 Super Max-Q GPU
Next Samsung Galaxy Note20, Galaxy Note 20 Ultra With S Pen, Triple Rear Cameras: Pre-Order Price, Specifications 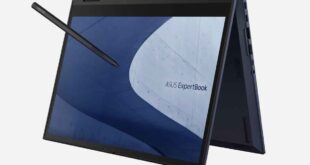 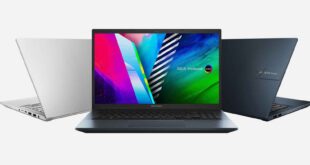 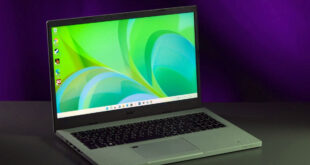 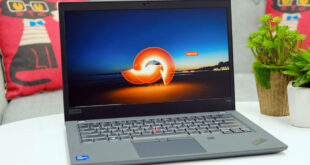 In this review, we would like to introduce to everyone our experience with Lenovo ThinkPad …