Direct Download link of iOS 9 for iPhone, iPad and iPod 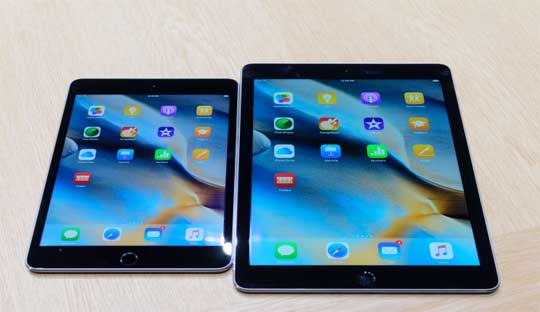 Apple officially launched iOS 9 at WWDC 2015 event was held in last June. So what is new in iOS 9, a new iOS 9 has not much changed in design as iOS 7, instead, Apple has added lots of new features. Also optimized the overall performance of the CPU and GPU. Thereby, iOS 9 also support some older devices such as iPhone 4s, iPad 2 or iPad mini.

Some new features in iOS 9, such as San Francisco font, new multitasking interface completely redesigned in the form of cards, Low Power Mode, Note application with more customization. Spotlight search bar, fast Siri voice assistant, smart and accurate up to 40% compared to iOS 8. With the combination of the features Proactive Assistant, iOS 9 Slide Over, Split View, watch video while performing other tasks (Picture-in-picture) for iPad.

To check for updates on your iOS devices go to Settings> General> Software Update or Upgrade directly through iTunes when you connect your iPhone / iPod / iPad with your computer. And also check out the direct download link of iOS 9 IPSW file below:

He started this blog as a hobby to show his affection for gadgets, but over the time this hobby became professional. And now he is working as a full-time blogger, but in free time he loves watching movies and games. PayPal donation for TechToyReviews will be appreciated.
@ankit4554
Previous Firmware 1.03 update for Nikon D7100 and Nikon D5200 cameras
Next Apple Move to iOS App to transfer data from Android devices and iCloud storage Pricing Slashed