Various media are currently quoting a report from China, which contains alleged details about the upcoming Apple iPad Air 4. Accordingly, the screen size is likely to grow from 10.5 to 11 inches, and Apple could finally switch from the Lightning port to a USB-C port. The iPad Mini should also get bigger again.

Apple’s current lineup of iPad tablets includes the four series around the iPad (from $285 on Amazon), iPad Air, iPad Mini, and iPad Pro. The standard iPad got a slightly larger 10.2-inch display last year, the current iPad Air measures 10.5 inches, the iPad Mini 7.9 inches and there are two versions of the iPad Pro with 11 and 12.9 inches.

And if you believe the report, Apple is cheerfully changing the screen sizes. Because supposedly the upcoming iPad Air 4 should be developed rather on the model of a current iPad Pro with an 11-inch display size. An Apple analyst had already predicted something similar. The procedure primarily includes the reduction of the display margins and a larger screen; face ID functions may also find their way into the Air.

In addition, Apple should do without the Lightning port on the Air 4 and instead finally also use USB-C. However, this probably does not apply to all iPad variants, the iPad Mini Apple should continue to hold on to the Lightning port, but here to the screen size should increase, namely to 8.5 or even 9 inches.

Back in March, Apple has announced the new iPad Pro tablet comes with either an 11 or 12.9-inch Liquid Retina display, an ultra-fast A12Z Bionic SoC, an enormously advanced LiDAR sensor, a Magic Keyboard with trackpad is attached magnetically, and when the case is opened, it looks as if the iPad is floating, pricing starts from $799 and can be purchased via the Bhphotovideo store.

He started this blog as a hobby to show his affection for gadgets, but over the time this hobby became professional. And now he is working as a full-time blogger, but in free time he loves watching movies and games. PayPal donation for TechToyReviews will be appreciated.
@ankit4554
Previous Profoto OCF II Light Shaping Tools to Create Astonish Photograph
Next Lilygo TTGO T-Watch K210 AIOT Watch with Camera, Bluetooth and WiFi Module 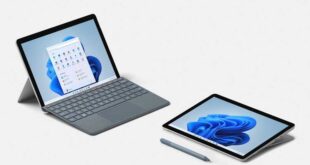 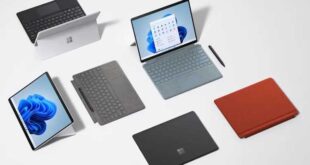