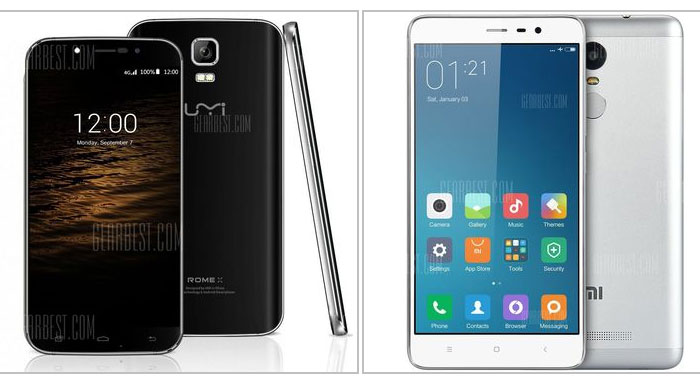 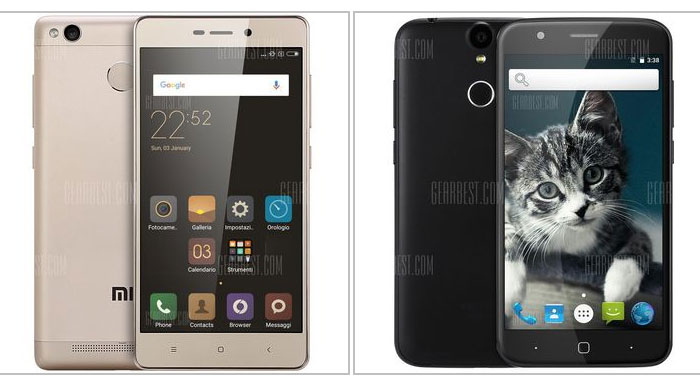 Xiaomi Redmi 3S (priced at $139.99) took 8th position, it is compact and budget device offers 5″ HD screen, 3GB of RAM and 32GB of internal memory, 13-megapixel rear and 5-megapixel front camera, 4100mAh battery and runs on Qualcomm Snpadragon 430 SoC. On the 7th place – the Vernee Thor (available at $ 116.99), which became the one of the successful debut for the company and this smartphone attracted users by the following specifications such as 3GB of RAM, 16GB ROM, MediaTek MT6753 chipset, 5″ HD-screen, 13-megapixel rear and 5-megapixel front camera, and 2800mAh battery. 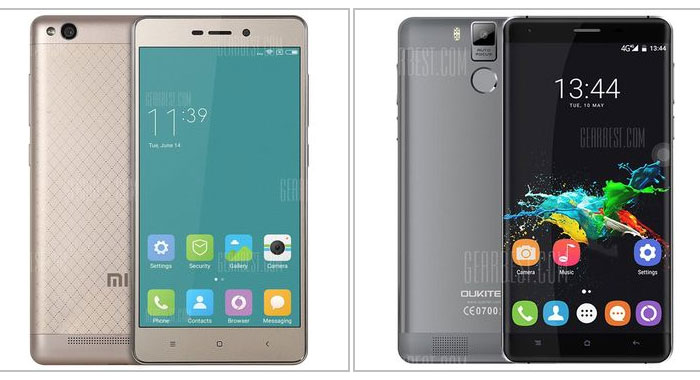 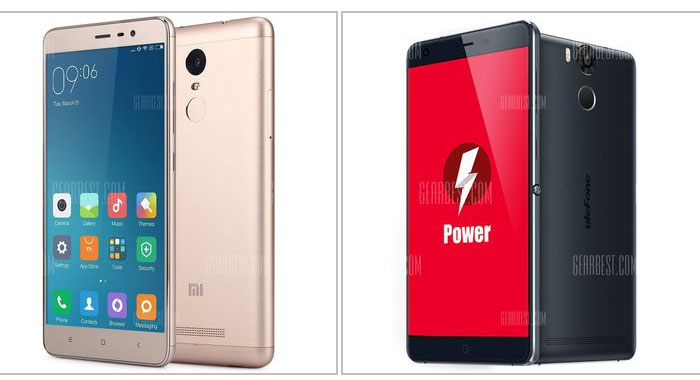 The 4th position at the most successful among the Xiaomi – the phablet Redmi Note 3 Pro (priced $209.76). It received Snapdragon 650 chipset, 3GB of RAM and 32GB of internal memory, 5.5″ Full HD-screen, 16-megapixel rear and 5-megapixel front camera, and a 4000mAh battery capacity. 3rd in the line is the survivor Ulefone Power (buy at $139.99), which sold a total of more than one million devices globally! The device packs 6050mAh battery, powered by MT6753 chipset, 3GB of RAM, 32GB ROM, 5.5″ Full HD-screen, 13-megapixel rear and 5-megapixel front camera. 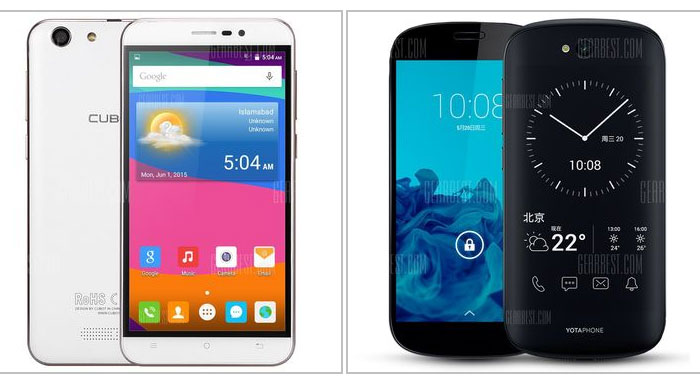 The 2nd rank is quite surprising for us: the Cubot Note S (priced at only $79.99). Features: 2GB of RAM, 16GB ROM, 5.5″ HD-screen, and 4150mAh battery capacity maybe it was the key to success!, a 5-megapixel rear and 2-megapixel front-facing camera, and MediaTek MT6580 processor. But the leader among all, not from China, yes its Russian: the YotaPhone 2 (available at just $119.99) has become the most popular smartphone in the 2016 on GearBest. The device features a Snapdragon 801 (MSM8974AA) SoC, 5″ Full HD-screen and, 4.7″ qHD E-ink Electronic Paper display on the back panel, an 8-megapixel rear and 2.1-megapixel front camera, 2500mAh battery, 2GB of RAM and 32GB of internal memory.

Thanks for reading! If my article helped you, I would be happy if you visit Techtoyreviews again and follow it on Social media. This article contains partner "affiliate" links. Clicking on it will take you to the provider and if you make a purchase, Techtoyreviews will receive a small amount of support.
@Techtoynews
Previous UMi to launch UMIDIGI Z PRO with UMi Z on 4th January, 2017!
Next Gigabyte Brix GT: Compact Gaming Desktop with Core i7, and GTX 1080