Alongside the Galaxy S20 and S20+ Samsung has also announced the Samsung Galaxy S20 Ultra smartphone in its Galaxy Unpacked event in San Francisco. Samsung S20 Ultra is a new addition featuring a 108-megapixel rear camera, a 40-megapixel selfie camera, and support for 45W fast charging.

Samsung Galaxy S20 Ultra comes with a 6.9-inch display, the heaviest with 220 grams, the most powerful camera, the strongest hardware option with LPDDR5 RAM up to 16GB. The feeling of holding insure hand, fit and not too difficult to hold with one hand.

Not only is the camera cluster big, it is noticeable when viewed from the back, but can also be touched when using the device because it is relatively protruding. The basic camera interface and many zoom options, switching between zoom levels have a zoom effect instead of changing the screen as it used to, so it feels comfortable and doesn’t change color when switching cameras.

The screen is big, the bezels are thin and feel good to look at. The punch-hole is located in the middle, small and symmetrical lower edges are also very thin so the front camera design looks cool and relatively thick knob are devoted entire physical keys, the rest are no longer Bixby key as previous S20 devices. The 3.5mm jack has also been omitted. The camera interface with many zoom options is quite different. Try yourself, see the shutter speed is quite fast.

It is powered by Snapdragon 865 / Exynos 990 SoC depending on the market and with Qualcomm Snapdragon X55 / Exynos Modem 5123 modem. It features in-display Ultrasonic Fingerprint Scanner, runs Android 10 with OneUI 2.0 and comes with Samsung services like Bixby, Samsung Health and Samsung Pay.

Some of the camera sensors also upgraded over the other two S20/S20+ models. Apart from the wide-angle and depth cameras, the primary camera is a 108-megapixel sensor with an f/1.8 aperture, OIS, PDAF, a 120-degree field of view and you get a 48-megapixel telephoto camera with an f/3.5 aperture, PDAF, OIS.

The Galaxy S20 Ultra also features a new periscope-style telephoto lens, which allows it to achieve 10x hybrid optical zoom and maximum ‘Super-Resolution Zoom’ of up to 100x. The phone features a 40-megapixel front-facing camera. It also supports 8K video shooting. “Even the bumpiest videos look like they were shot using an action cam, thanks to Super Steady and its anti-rolling stabilization and AI motion analysis, said the company.

The battery capacity has also been bumped up to 5,000mAh with support for wired 45W fast charging and Fast Wireless Charging as well as new Wireless PowerShare feature to charge Qi-compatible devices on the back of the phones. The Galaxy S20 Ultra also supports IP68 water and dust resistance. The Galaxy S20 Ultra measures 166.9x76x8.8mm in dimensions and weighs 220 grams (222 grams for the 5G variant).

Thanks for reading! If my article helped you, I would be happy if you visit Techtoyreviews again and follow it on Social media. This article contains partner "affiliate" links. Clicking on it will take you to the provider and if you make a purchase, Techtoyreviews will receive a small amount of support.
@Techtoynews
Previous Hands-on Samsung Galaxy S20 Plus | Galaxy S20, Release Date, Price, Specification and More
Next Nikon D6 Flagship Digital SLR Camera Announced: Price, Specs, More 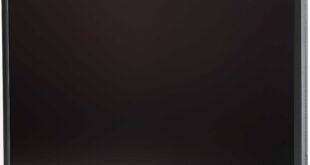 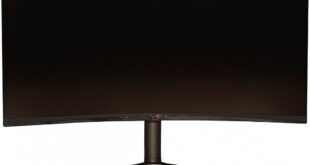