Deal: Samsung Galaxy Chromebook 2 with up to $150 OFF

Samsung has launched the second generation Galaxy Chromebook. Although the new Samsung Galaxy Chromebook 2 is poorly equipped in many ways compared to its predecessor in order to lower the price – the 4K AMOLED display is missing, the performance is worse and the weight has increased.

The Samsung Galaxy Chromebook was a relatively expensive Chromebook with prices starting at $999, but there were some highlights in terms of equipment, especially the 4K AMOLED display and the weight of just 1.04 kilograms. Both have been deleted from the successor because Samsung uses a 13.3 inch 1080p QLED display in a 1.23 kg housing.

There are also setbacks in terms of performance, instead of relying on Intel Ice Lake, Tiger Lake, or AMD Ryzen, for example, Samsung stays with Comet Lake, but the top model only has two instead of four cores in the form of the Core i3-10110U, the entry-level model even relies on a Celeron 5205U. The Galaxy Chromebook 2 comes with either 4 GB or 16 GB LPDDR3 memory and 64 GB or 128 GB flash memory.

The 8-megapixel main camera known from the predecessor is missing, the webcam still only offers 720p resolution. The notebook is still compatible with a USI stylus, but this is sold separately and can no longer be stowed in the case. The 45.5 Wh battery is charged via USB-C. The 13.9 millimeters thin Chromebook also features Wi-Fi 6 and Bluetooth 5.0.

The Samsung Galaxy Chromebook 2 16GB RAM with 128GB storage is now available with a massive discount of $150 only on Amazon.com in Fiesta Red color.

Samsung has also introduced the Windows-powered Galaxy Book Go is powered by an Intel chip instead of the Arm-based Snapdragon that powers the Galaxy Book Go based on Windows 10, and is priced at $299.

He started this blog as a hobby to show his affection for gadgets, but over the time this hobby became professional. And now he is working as a full-time blogger, but in free time he loves watching movies and games. PayPal donation for TechToyReviews will be appreciated.
@ankit4554
Previous Samsung Galaxy A22 Review: MediaTek Chip Fights Smoothly
Next Razer updates Blade Pro 17 gaming laptop with GeForce RTX 30-series graphics 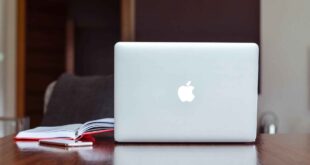 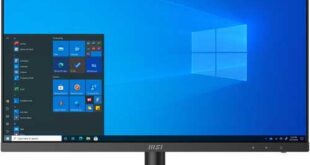 MSI announced the PRO AP241 all in one desktop computer with a 23.8-inch Full HD …