Samsung A70 128GB Variant Gets Another $30 Price Cut, Limited Offer

Samsung Galaxy A70, one of the popular Galaxy A series mid-range smartphone, has been given a limited-time price cut by the B&H store. However, the new price cut is only applicable to the Samsung A70 variant with 128GB storage and 6GB RAM.

This is the limited time price cut for the smartphone and brings down the Samsung A70 price in USA to $369.99 from $399.99. The new price is applicable to the Bhphotovideo.com online store. To recall, the Samsung Galaxy A70 was launched in March this year and came in two variants: 6GB/8GB RAM + 128GB storage.

The A70 Samsung also has an in-display fingerprint sensor and runs on Android 9.0 Pie -based on with OneUI out of the box. It packs a 4500mAh battery with 25W fast charge support and also feature a dual SIM slot with dual standby. The device measures 164.3 x 76.7 x 7.9mm and will be Black, Blue, Coral, and White colors.

Thanks for reading! If my article helped you, I would be happy if you visit Techtoyreviews again and follow it on Social media. This article contains partner "affiliate" links. Clicking on it will take you to the provider and if you make a purchase, Techtoyreviews will receive a small amount of support.
@Techtoynews
Previous Naim launches Mu-so Qb2 High-end wireless speaker with Compact design
Next Samsung A30 Price Cut in a Limited Period Offer, Now Starts at $199.99 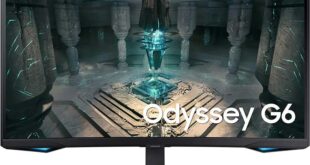