A few days ago we have seen the first renders of Nokia 9, the new flagship of the Finnish brand that will be released by HMD Global. The previous images revealed a possible copper-colored device with curved edges, something seen in recent releases from Samsung. 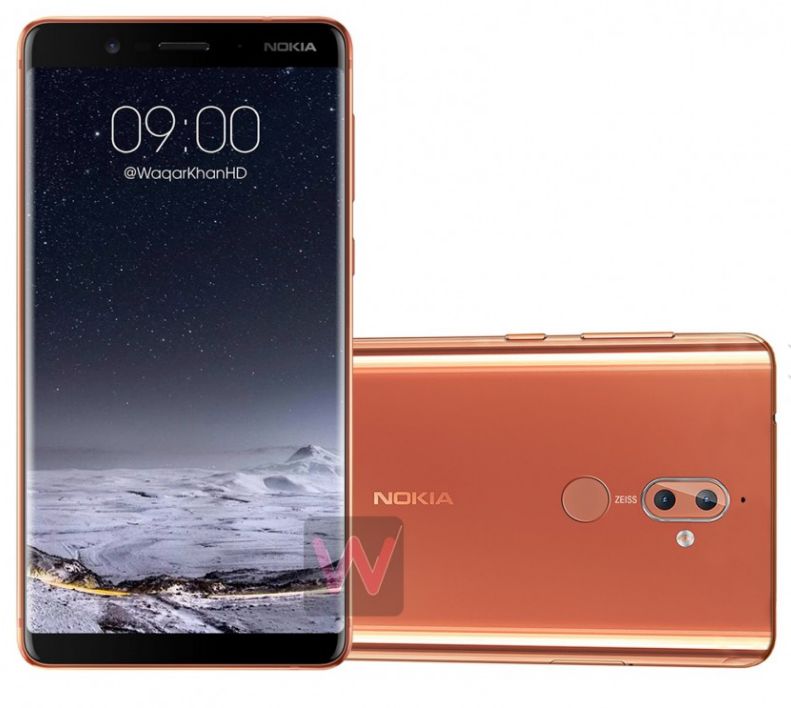 Now we have a new image render shared by the Baidu forum, which corroborates much with the previously leaked Nokia 9 design. New changes are that the Nokia logo that was located on the top of the device was down below the screen. So, the front camera ended up with occupying a more traditional position.

In the back, however, nothing has changed. We have the same dual-camera setup with dual-tone LED flash on the right side. Below we have the fingerprint sensor and the brand logo once again. And just like the front, the rear also shows curvature on both sides. 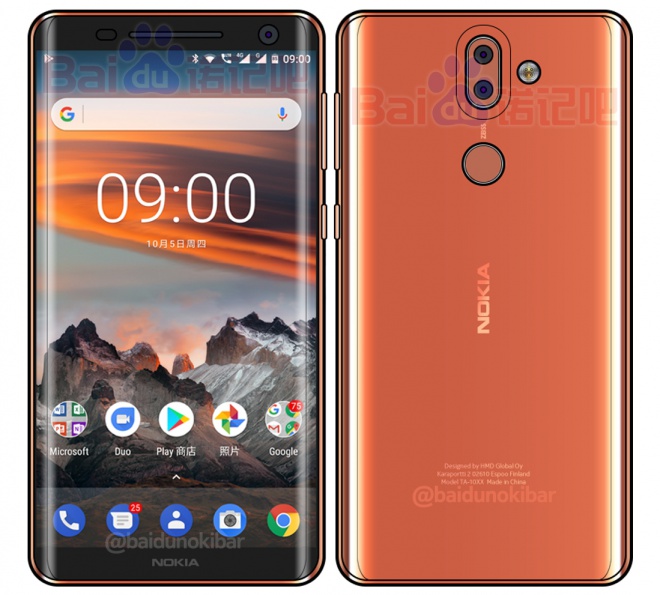 Rumors are betting that the Nokia 9 will have a 5.7-inch OLED screen, dual 13-megapixel rear camera sensors and each with Carl Zeiss lenses, a 13-megapixel front-facing camera, 6GB or 8GB of RAM, 128GB of expandable storage, IP68 certification and an iris scanner.

Of course, it is a flagship device so you could not miss the Snapdragon 835 chipset, the most powerful of Qualcomm so far. Recently, the device also appeared on benchmark site with quite different specifications such as the device appeared with two versions including Android 7.1.1 Nougat and 8.0 Oreo.

He is newbie on the Techtoyreviews. An enthusiastic mechanical qualifier who additionally Interested in the latest gadgets and tech. An exceptionally tech savvy who is always discovered reading or writing on technology. In spare time like to peruse books and playing Cricket. PayPal donation for TechToyReviews will be appreciated.
@jigneshdudakiya
Previous Bose SoundSport Free True Wireless Headphones for Athletes
Next Sony Xperia XZ1 Quick Review