In mid-February LG had announced the new V30s ThinQ smartphone, it is the flagship device with artificial intelligence. The launch came first in South Korea in early March for a price tag of around $1,000. It is now available to pre-orders in the USA with a slightly lower price. The LG V30S ThinQ is to offer an enhanced camera and voice recognition experience. 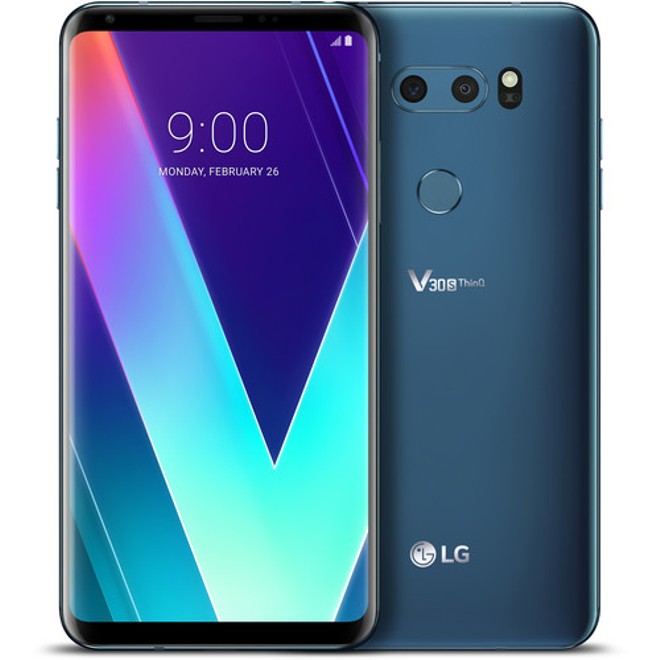 LG V30S ThinQ price in USA has been set at $929.99 for the unlocked model which will work with most carriers in the USA, including Verizon, AT&T, T-Mobile, and Sprint. The handset comes in two Glossy Moroccan Blue and Matte Moroccan Blue color options. As of now, it is unclear that when the device will start shipping.

If you are interested to buy this new artificial intelligence powered smartphone, you can pre-order them through the links below.

LG has built its Vision AI and Voice AI technologies. Vision AI offers three new camera features, called AI CAM, QLens, and Bright Mode. AI CAM is designed to analyse subjects in the frame and recommend optimal shooting mode among eight categories, namely portrait, food, pet, landscape, city, flower, sunrise, and sunset. QLens, on the other hand, allows users to scan QR codes to improve the online shopping experience. It is claimed to give information as to where to buy the product online at the lowest price as well as recommend users of similar items.

Thanks for reading! If my article helped you, I would be happy if you visit Techtoyreviews again and follow it on Social media. This article contains partner "affiliate" links. Clicking on it will take you to the provider and if you make a purchase, Techtoyreviews will receive a small amount of support.
@Techtoynews
Previous Moto G6, G6 Play, Moto E5 Plus and E5 Play Price, Specifications Listed Online in USA
Next Samsung Galaxy A6 and Galaxy A6 Plus Goes Official in Indonesia