Recently, Lenovo unveiled a new tablet titled Lenovo YOGA Tablet 2 Pro. Lenovo has unveiled many new products comes with special features and this YOGA Tablet 2 Pro with integrated projector. The main highlight of this tablet is a wide screen and includes projector support for slide shows on widescreen. 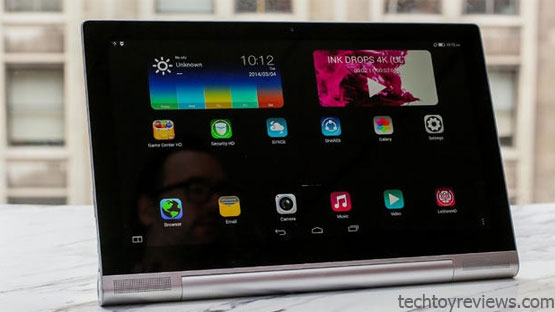 Although the tablet market is influenced more from the two main industries like Apple and Samsung, but Lenovo YOGA Tablet 2 Pro promises to surprise users. The tablet was launched with the strength to meet the demands of work, recreation, view the videos and photos on big screen.

Lenovo YOGA Tablet 2 Pro design very special with edges for users to use the more convenient stand. The tablet is quite thin, but specially designed so the heavier and thicker hinges to support the main body. The base also incorporates projectors. The tablet also comes with new hold mode, landscape and portrait as the older one, YOGA Tablet 2 Pro adds new mode called “suspended” Tablet allows users to hang up if you want.

Lenovo YOGA Tablet 2 Pro uses the screen size equivalent to the mini laptops. This is considered a best screens for tablet models on the market today, it’s even bigger than the Apple iPad Pro is being developed. Specifically, the tablet has a 13.3-inch screen size, 2560×1440 resolution, IPS panel display, image quality extremely sharp and natural. This Parameter impressed, much higher than the high-end tablet today. The tablet runs Android 4.4 KitKat platform with the new optimized interface which is very user-friendly. 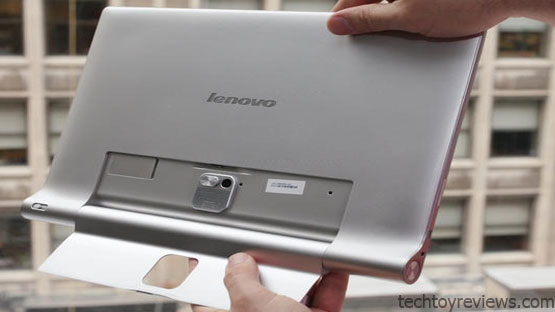 YOGA Tablet 2 Pro is equipped with a 1.86GHz quad-core processor Intel Atom Z3745, 2GB of RAM, 32GB of internal memory also supports external memory card up to 64GB. In addition, the tablet also focuses on picture function with resolution 8-megapixel rear camera with autofocus and 1.6-megapixel camera on the front is used for webcam. Compared with previous years, the Lenovo YOGA Tablet 2 Pro has many more improvements to bring the best picture quality for users. 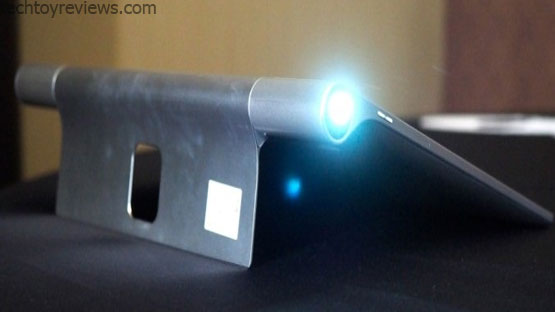 In addition, the integrated Pico projector on the body can produce images at a rate of 16:9 to a maximum screen size of 50 inches. With the projector on YOGA Tablet 2 Pro has the ability to manually adjust the image, eliminating vibration, noise and Lenovo is committed to the continued usage up to 3 hours, If not using the projector, battery life of Lenovo YOGA Tablet 2 Pro can be reached 15 hours at single charge.

Lenovo will begin selling the YOGA 2 Pro Tablet later this month with prices around $ 500. With a large screen, high resolution, unique design, stable configuration and integration projectors, this tablet would be an ideal choice if you want to invest in a laptop replacement device.

He started this blog as a hobby to show his affection for gadgets, but over the time this hobby became professional. And now he is working as a full-time blogger, but in free time he loves watching movies and games. PayPal donation for TechToyReviews will be appreciated.
@https://twitter.com/Techtoynews
Previous Top 5 Smartphone Company of Today
Next Top 5 Thinnest smartphone in the world