iPad Air 2 is expected to be formally announced next week 16/10, but the iPad Air 2 Specs have been revealed quite a lot.

According to Business Insider, Michael Andrew and the team have worked their whole image and specs of iPad Air 2 Specifically, the tablet will be equipped with the fingerprint sensor-Touch ID, 2GB of RAM just like the previous iPad Air 2 Rumors. In addition, The Apple iPad Air will have golden version of the previous color like white and black, the tablet will have 8-megapixel rear camera, 5 megapixel instead as the previous generation tablets. Along with the front camera was also upgraded from 1.2 megapixel to 1.5 megapixel.

Besides that, this website also revealed the new generation iPad Air 2 will comes with A8 chip, so the iPad Air tablet product will be Apple’s most powerful product of existing, surpassing both iPhone 6 and iPhone 6 Plus. According to Apple introduced CPU 25% faster, graphics are 50% faster and energy efficiency more than 50% compared with the predecessor. 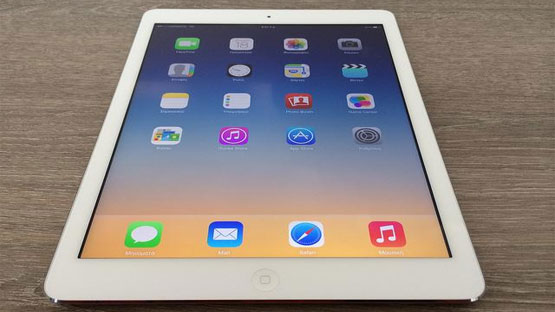 Most likely Apple Air will also remove the 16 GB versions, sold only in the 32, 64 and 128 GB of iPad Air. Besides, the next generation iPad Air 2 will only 7mm thin and volume and or lock the screen rotation will also be removed to ensure the thinness of the product. Meanwhile, the Next iPad tablet’s power button is also more slender with this design. According to source iPad Air 2 Release Date is next 16th October.

He started this blog as a hobby to show his affection for gadgets, but over the time this hobby became professional. And now he is working as a full-time blogger, but in free time he loves watching movies and games. PayPal donation for TechToyReviews will be appreciated.
@https://twitter.com/Techtoynews
Previous LG G3 Stylus with Android KitKat and new UX interface at Rs. 21,500
Next ZTE Grand X MAX phablet smartphone only $199