Although debuting a high-end smartphone LG G3 is not how long, but recently, LG Electronics have officially unveiled handset LG G3 Stylus, a version the collapse of super G3. And recently at the IFA technology exhibition in 2014, LG continues to introduce unique version of LG G3 Stylus. 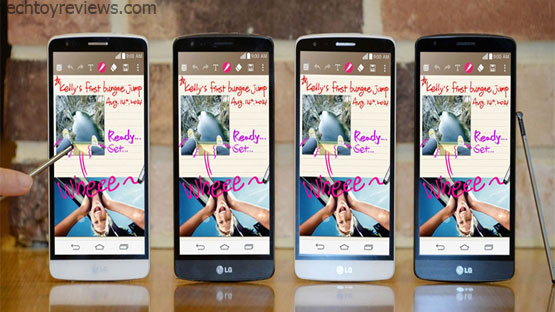 Reportedly, the LG G3 Stylus is equipped with a display of 5.5 inch size similar to the original LG G3 but has a resolution of 540×960 pixels is much lower compared with QHD resolution of 1440×2560 pixels on the top smartphone model. In particular, this new phone will be equipped with touch stylus pen.

As you can see, the most of Android phone manufacturers tend to offer a specific design then gradually release the next version with the same design and style, so LG electronics too. Just like the original LG G3, LG G3 Stylus phones own a similar design. It offers a stunning design, slim and contour device is made of metal and the rounded corners make it more stylish.

The rear of the phone is equipped with a pair of hard keys to adjust the volume button and the power button is located just below the rear camera. 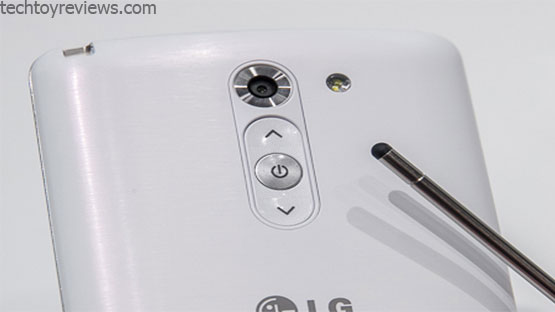 In addition, the following buttons are made of metal design as older version, although the material is still high quality plastic. Sides of the phone completely smooth, without any buttons or jacks. On top has 3.5 mm headphone jack along with the stylus slot.

Besides, G3 Stylus is no longer integrated laser beam as on the original, but comes with LED flash. However, the body is quite thick, device thickness up to 10.2 mm-0.4 inches, but this is understandable when the LG G3 Stylus equipped with high-capacity battery up to 3000 mAh.

The rear camera comes with LED flash and support good shots in low light. LG G3 Stylus owns two cameras, the rear camera has a resolution of 13MP, while the front camera 1.3MP resolution. Battery with 3000mAh capacity reached an impressive level of capacity, promises for long time use. 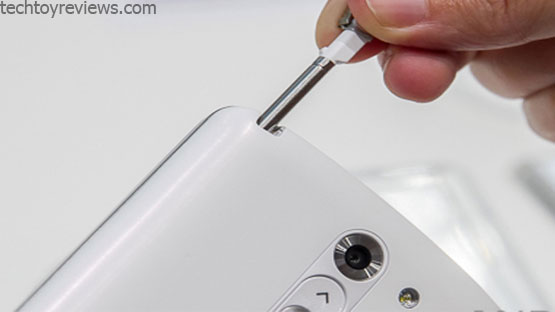 LG G3 Stylus will support 3G connectivity and are sold with the mysterious black edition, white gold and pristine charm. Some special features of this new device is that, G3 Stylus support multitasking, open two windows at the same time, smart keyboard helps reduce errors up to 75% when typing. 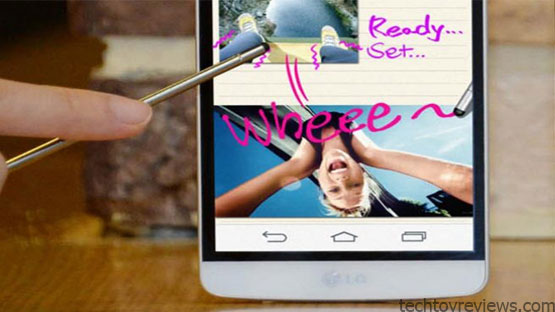 The advantages of digital touch pen stylus support are dedicated to helping software like quick notes, draw or sketch drawings. The main interface of LG G3 Stylus also quite attractive with features such as QuickMemo + Smart Keyboard.
You can quick sketch on the LG G3 Stylus and can keep going for loved ones. 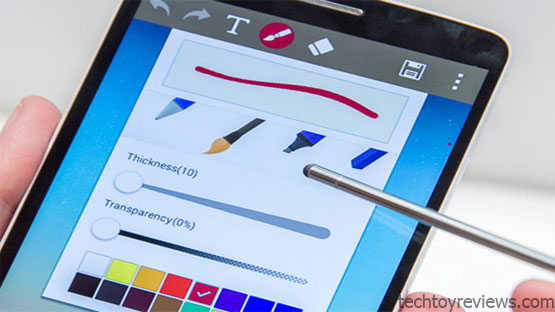 In addition, the LG G3 Stylus is also equipped with a unique feature that allows you to use KnockCode password up to 8 characters to unlock your phone. It also integrates gesture Shot feature lets you set the camera automatically captures, within 3 seconds the device will automatically snap a picture for you.

The LG G3 Stylus version will also support 3G already launched in Brazil. In addition, this new smartphone will be available in the market such as Asia, Middle East, Africa and CIS countries within one week. The selling price of the LG G3 in India around Rs. 21,500. LG G3 Stylus with special hardware comes with affordable price will certainly not an opponent that can beat it at this time. G3 Stylus is a perfect phone for consumers, this device can fully replace LG G Pad Stylus, laptops, PC any tablet or smart phones.

He started this blog as a hobby to show his affection for gadgets, but over the time this hobby became professional. And now he is working as a full-time blogger, but in free time he loves watching movies and games. PayPal donation for TechToyReviews will be appreciated.
@https://twitter.com/Techtoynews
Previous Samsung Galaxy A3, A5 and A7 new Images and price
Next iPad Air 2 only 7mm thin with 2GB RAM News