Apple has officially announced the iPhone largest smartphone in the company’s history, the Apple iPhone 6 Plus. Like the phrase literally Plus, the latest iPhone phone possesses up to 5.5 inch screen, a very large size in the present time, surpassing many other smartphones such as LG G3 , S5 Samsung  Galaxy , HTC Ome M8. 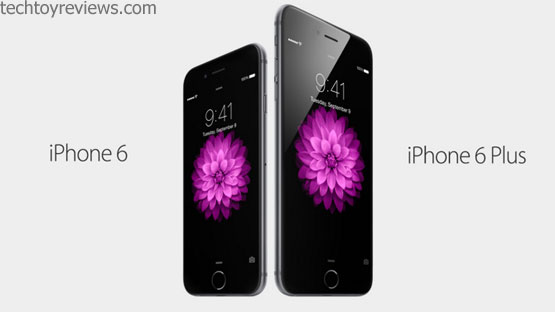 The resolution is a bit surprised that the iPhone 6 Plus with Full HD 1080p resolution and iPhone 6 with 1334×750 resolution. Screen technologies also renamed these from the Retina Display to HD Retina Display. This will help Apple  compete fairly with the Android. Outside tough glass with high scratch resistance, this is different from the information on a Sapphire glass for Apple’s new device. The design of these smartphones is not so different from what we saw in the previous photo leaks, with rounded edges were soft, thin and improved camera. Checked out iPhone 6 Plus Specs below.

Now we will talk about the camera on the new iPhone, iPhone 6 will have 8 megapixel rear camera with iSight technology used, aperture f/2.2 and true tone flash. New generation sensors provide the ability to focus each pixel, Fast focusing speed, constant camera interface, iPhone 6 using the AF phase technology, noise cancellation capabilities are also improved over. All image quality is significantly enhanced. The new iPhone offers the ability to capture panorama images with a maximum resolution of up to 43 megapixel with such a high capacity, the panorama image will zoom to capture still as sharp as usual. Face recognition ability was significantly enhanced compared with previous smartphones. iPhone 6 using the digital image stabilizer while the iPhone uses optical image stabilization technology.

New iSight lens sensors, it will be integrated with the ability to focus pixels, it will help focus faster than the old phones. In addition, the camera also supports iphone 6 mode OIS optical image stabilization, a useful feature when you return the video when unfortunately inadvertently shake hands, the camera will adjust and reduce automatically which is phenomenal. Some of the interesting features include front camera, enhanced Face Detection when shooting with a front camera and continuous shooting. Moreover, the front camera can also shoot HDR with just one picture only. Both phones are capable of recording Full HD movies, the Slow Motion Movie mode is also enhanced with the ability speed of 240 frames/sec. This is testament to the innovation efforts of Apple to compete with Android phones.

As far as what Apple claims, A8 64-bit processor applies 20-nanometer manufacturing process, A7 chip size smaller than 17%, but ownership almost double the number of transistors. A7 with more than 1 billion transistors, while the A8 up to 2 billion. So A8 processor chip faster than previous generation GPU performance by 25% and 50% stronger than the A7 chip. Apple also said that this is ‘sustainable performance’, because the phones run faster as long as they warm up. However A8 chip will bring a breath of fresh air, the phone can be running at full capacity while keeping good temperature on the user’s hand. To validate this possibility, Apple showed off some game, possesses a very high level graphics, with over 100 simultaneous characters appear on the screen at the same time. However, the phone frame has run very smooth and extremely impressive.

CPU of new-generation A8 chip, 20% faster than previews one, the ability to handle 50% more powerful graphics chip. 1.3 million applications had been activated in the App Store. With the iPhone 6 and iPhone 6 Plus, developers will have more work to do when the iPhone screen is now more varied greatly in size

Apple iPhone 6 Plus has ability impressive graphics processor, whatever the size and style has been changed, the new iPhone will have the Home key with fingerprint scanning capability in the iPhone 5S. Both new phones use Apple A8 chip 64-bit processor. Graphics processing capabilities are also increased by 50%. It also has advanced open GL chip.

Of course with the new generation of chips, the graphics processing capabilities of the iPhone 6 and iPhone 6 Plus will be much better. The ability to handle a graphic impression of the highlights of the iPhone 6 and iPhone 6 Plus, All power comes from the A8 processor. The new generation iPhone will be able to offer LTE connectivity with speeds up to 150 Mbps with 20 LTE band Support. WiFi connection speed will be increased to 3 times, also support for mobile calls via a WiFi connection.

The new iPhone will have a longer battery life, iPhone 6 and iPhone 6 Plus will have time to use more entrainment. That’s the claim from Apple, iPhone 6 and iPhone 6 Plus has a bigger screen, lighter with better quality than the old version. The two smartphone to also own 25% faster CPU, 50% faster graphics  and this makes users worry about a battery will shorten. However, Apple was quick to reassure everyone present at the ceremony.

The A8 chip with an energy saving technology, battery capacities up to 2915mAh for iPhone 6 Plus and the iPhone 6 has 1810mAh. According to tests of Apple, the iPhone 6 and iPhone 6 Plus will pass 10 hours of use intensity using a full bright screen by watching videos and browsing the web. All the real test by a third party will help consumers evaluate more objectively about the battery life of two phones, all still in the area in question only.

iPhone 6 and iPhone 6 Plus Price & availability:

iPhone 6 will cost from $ 199 iPhone 6 Plus from $ 299. Shortly after the introduction of new smartphones, Apple has announced the price of the iPhone 6 and iPhone 6 Plus, while reducing the price of the previous version of iPhones. Although there had been many rumors about the price of the iPhone  will be quite high due to the use of sapphire glass, but Apple has not recommended fans be disappointed. This iPhone is priced from just $ 199. This was the lowest price, with 16GB memory capacity, and of course included 2-year contract with the network. This particular version will not have 32GB memory, memory instead of 64GB with prices increased $ 100, or $ 299. In addition, Apple also additional memory 128GB version for $ 399 price.

Both Smartphones will start selling from 19/9 to, and allow ordering from the 12/9.

He started this blog as a hobby to show his affection for gadgets, but over the time this hobby became professional. And now he is working as a full-time blogger, but in free time he loves watching movies and games. PayPal donation for TechToyReviews will be appreciated.
@https://twitter.com/Techtoynews
Previous Live Countdown of Apple iphone 6 Release…
Next Nokia X2 Smartphone launched at Rs. 8,699