Recently, a programmer in China has used open source software called iDos to install Windows 98 on top of the Apple iPhone 6 Plus. Of course, after the installation, the smartphone is still running fine. 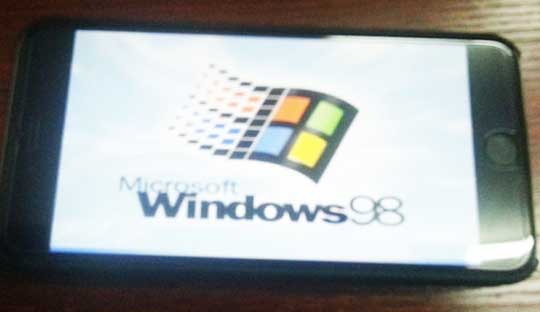 According to the source, The person he has installed the Windows 98 operating system for the iPhone using software iDos. iDos is an emulator software, open source code available on the App Store, the software which is designed to play DOS games on Apple devices. 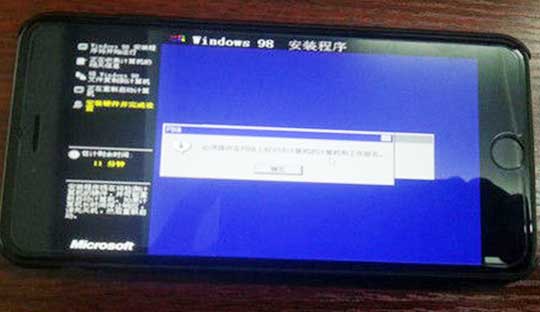 It seems that creativity is always derived from the trials and passions of the profession. The idea to install the Windows 98 operating system on the Apple iPhone 6 Plus smartphone has been made. Achievement of programmers This guy posted all their pictures on the website bbs.feng.com, which is a blog about technology is quite popular big in China these days.

You can see that the iPhone 6 Plus still works well and also play Dos Emulator Games on the Windows 98 platform. 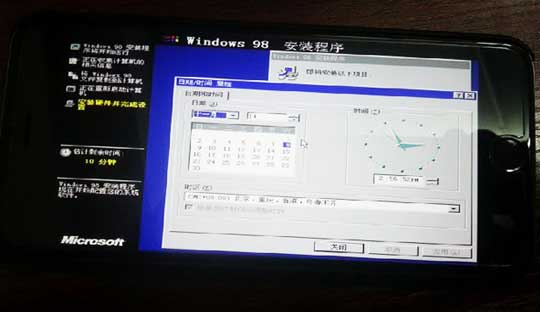 From the picture above, you can also see the iPhone 6 Plus is operating a very normal way. The programmers have tried to upgrade to Windows XP, but everything failed because iDos just specialized software only for DOS emulator.

He started this blog as a hobby to show his affection for gadgets, but over the time this hobby became professional. And now he is working as a full-time blogger, but in free time he loves watching movies and games. PayPal donation for TechToyReviews will be appreciated.
@https://twitter.com/Techtoynews
Previous Top 5 Battery saver apps for Android smartphones
Next Sony SmartWatch 3 launched at $249.99