The third-generation Chromecast is the star of a new sighting, this time in a bundle called the Smart TV Kit along with the already known Google Home Mini. 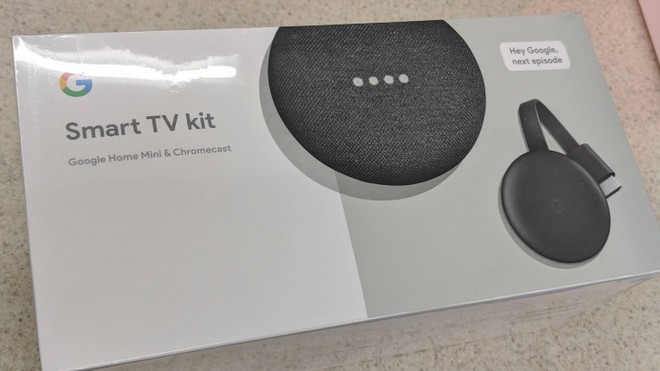 The image you have seen above was posted on Reddit by the employee of an electronics store whose name is not yet known. It can be assumed that this is the Walmart chain, which also had the exclusive Kit including the second generation Chromecast.

Although the photo looks real, there is no further information related to this bundle. It will be necessary to wait for the Google event to be held on next October 9th. Recall that, in addition to the new Google Smart TV Kit bundle, will be announced the Pixel 3 and Pixel 3 XL smartphones, the Google Home Hub smart display, and the alleged 2-in-1 notebook with Chrome OS.

Thanks for reading! If my article helped you, I would be happy if you visit Techtoyreviews again and follow it on Social media. This article contains partner "affiliate" links. Clicking on it will take you to the provider and if you make a purchase, Techtoyreviews will receive a small amount of support.
@Techtoynews
Previous Red Dead Redemption 2: Second Gameplay Video Published
Next Best PLA Filaments for 3D Printers