GearBest is holding another sale – Happy Year Happy Phone, this time for the New Year, which happens on today, 13th January. GearBest is offering Flagship smartphones with great discount. Now through January 13 to 20, you can get your devices which have been already low prices even also a chance to get a free device as well. 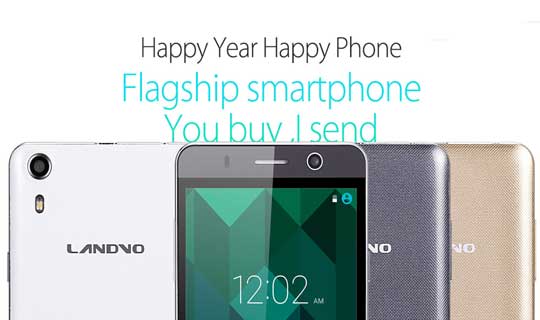 On this occasion, GearBest will come up with Share & Win contest, in which users have an awesome opportunity to get your device absolutely free. To take a part in it you just need to share this Happy Year Happy Phone promotion activity in social media such as Facebook, Google+, Twitter or else and send your order code to:- Sam@gearbest.com you will be automatically entered into Lucky Draw contest and get a chance to win a Free smartphone. There will be a total of 10 Lucky winners and the winners will be announced on GearBest Smart Phone FB page on 21st January.

Head on over to GearBest website and be sure to send your order code after the purchase and get a chance to win free device, effective now through January 20th, 2016. You definitely won’t regret your purchase.

Here we list some of the best smartphones that you can lay your hands on this 2016.

In this new year, you have a chance to get Landvo XM100 with huge discount, but unfortunate is that there are only 100 Limited pieces, so you can probably grab it till stocks last. You can grab the XM100 for $49.99 including free shipping. 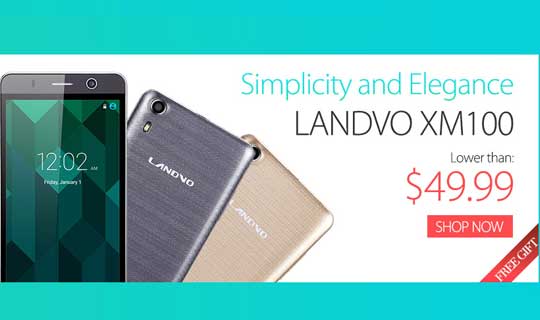 The Landvo XM100 features a 5.0-inch screen with qHD resolution of 960 x 540 pixels, inside it is equipped with 1.3 GHz MediaTek MT6580 quad-core processor, 1GB RAM, 8GB of internal memory which is expandable via MicroSD card up to 32GB. The device also bears a 5-megapixel rear and 2-megapixel front-facing camera. It runs Android 5.1 Lollipop OS and packs a 2000mAh battery.

GearBest has reduced the price of Redmi Note 3 down to just $199.99, a huge price cut. No doubt a new Redmi Note 3 phone may be on its way, but at this price it seems like a beast. This one is also Limited stock offer, including free shipping. 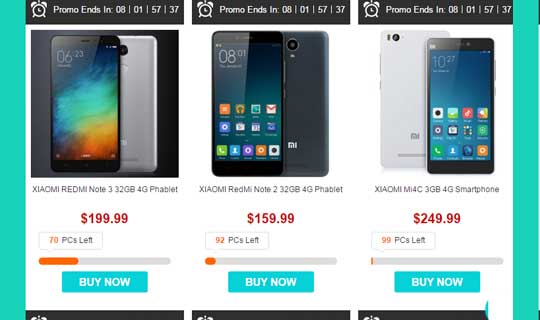 Xiaomi has reduced prices for its Redmi Note 2 as a part of GearBest Promotion, now you can Buy Redmi Note 2 at just $159.99. The free shipping option may seem attractive, but the only downside of that is the limited stock offer. 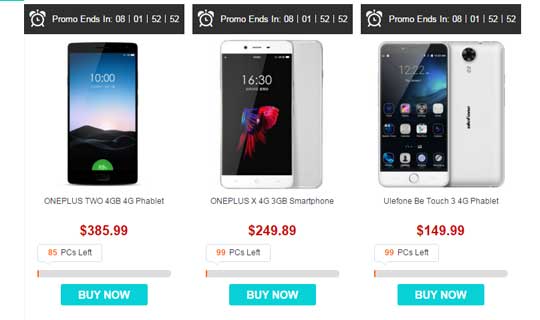 This is an advanced edition which flaunts 2GB of RAM and 32GB of native storage that can be expandable via MicroSD card up to 32GB. It runs on Android 5.0 Lollipop OS, 4G LTE support; 5.5-inch Full HD display; powered by 2.2 GHz Helio X10 Octa Core processor and PowerVR G6200 GPU for better gaming experience.

The OnePlus Two is now available at $385.99, but only limited pieces. Its a flagship device is powered by a Qualcomm Snapdragon 810 processor, 4GB of RAM and 64GB of inbuilt storage. The device features 5.5-inch Full HD display; 13-megapixel rear and 5-megapixel front camera.

HomTom HT7 has priced at only $57.99 gives tough competition to other budget smartphone devices. The handset boasts of a 5.5-inch HD display and comes; Powered by a 64-bit 1.0GHz Quad-core MediaTek MT6580 processor, coupled with 1GB of RAM and 8GB of internal storage.

Thanks for reading! If my article helped you, I would be happy if you visit Techtoyreviews again and follow it on Social media. This article contains partner "affiliate" links. Clicking on it will take you to the provider and if you make a purchase, Techtoyreviews will receive a small amount of support.
@Techtoynews
Previous Micromax Fantabulet F666 with 6.98-inch Display and DTS Sound Launched in India
Next Buy Xiaomi Redmi 3 with all Metal body Budget Smartphone Priced at $159.99