DJI Mavic Pro is a personal drone has been officially launched by the company on Tuesday, which comes with unique folding design and has a battery life of around 27 minutes of continuous flight time, with the maximum flight speed of up to 65km/h, it can record 4K at 30fps or 1080p at 96fps videos and a series of sensors. This is a direct competitor of the GoPro Karma, but DJI Mavic Pro even better thanks to the ActiveTrack mode that is trained to identify objects. 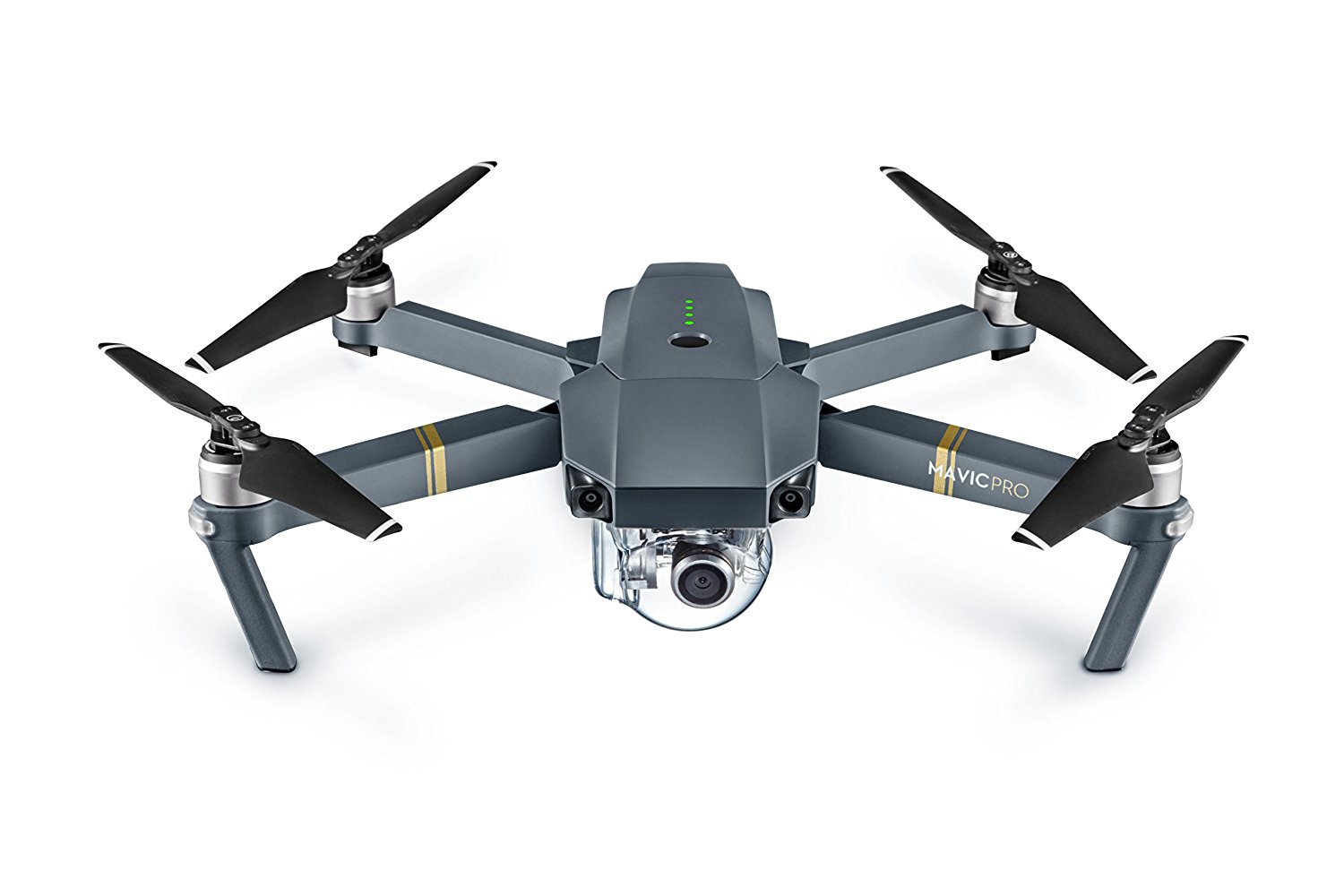 Size of the DJI Mavic Pro is very compact, measuring 83 x 83 x 198mm when folded and total weight is just 743 grams. This is a very light weight Drone which comes with smallest three-axis gimbal along with the 4K camera system. Thanks to lightweight, Mavic can fly at speeds up to 40MPH in ‘sport’ mode and can remain stable flying in winds up to 24MPH. FlightAutonomy provides a superb speed-range envelope to make Mavic Pro self-navigational in various intelligent flight modes, and will avoid most obstacles at speeds up to 22 mph (36 kph), and will remain stable in winds of up to 24 mph (38.5 kph).

The DJI Mavic Pro equipped with up to 3830mAh battery capacity, enables Mavic Pro to fly for up to 27 minutes. Compared to many of the same segment Drone as DJI Phantom 4 or GoPro Karma, Mavic battery life is impressive. It’s new FlightAutonomy system, which uses 5 cameras, GPS and GLONASS navigation, 2 ultrasonic rangefinders, redundant sensors, and 24 computing cores to serve as the drone’s “brain and nervous system.

For camera system, it includes 3-axis gimbal stabilization, for smooth and shake-free video. It has a 12-megapixel camera with 1 / 2.3″ sensor size, can capture Adobe DNG RAW stills. It can records 4K video at 30fps and full 1080p HD at 96fps, along with the combination of DJI Go app, you can share your content on social media.

Additionally, DJI also introduced a new controller with a more compact design than previous generations. This new Mavic Pro’s controller integrates OcuSync communication technology, which transfers images supports a range up to 7 km along with the live view resolutions up to 1080p.

In addition, DJI also introduced an accessory named DJI Goggles, which is specially designed for aerial first-person view (FPV) applications and also allow users to flick between third person view and FPV in under a second. It can display an 85-degree view in full-HD 1080p for a true bird’s-eye view of the world below.

This DJI Drone is available for purchase from Amazon.com, B&H Photo and Bestbuy stores, priced at $999 USD and will ship within one to three weeks. While the DJI Mavic Pro Combo with the controller is priced at $1,299.

Apart from DJI Drones, if you are looking for other budget segment Quadcopters and Drones, you should check out “2016 Tech Deals” from GearBest, where you can also find VR headsets, Phones and other accessories.

Thanks for reading! If my article helped you, I would be happy if you visit Techtoyreviews again and follow it on Social media. This article contains partner "affiliate" links. Clicking on it will take you to the provider and if you make a purchase, Techtoyreviews will receive a small amount of support.
@Techtoynews
Previous Blu Dash X Plus LTE With Front LED Flash Launched at $119
Next Dunu Titan 5 Hi-Res Headphones with Detachable cable