The Mavic Pro has been the most revolutionary drone of recent years. A product that has managed to arouse the curiosity of many technology fans who were never interested in the world of Drones. A huge success which was followed by the Spark and Mavic Air drones, who tried to even more miniaturize the quadcopter concept. 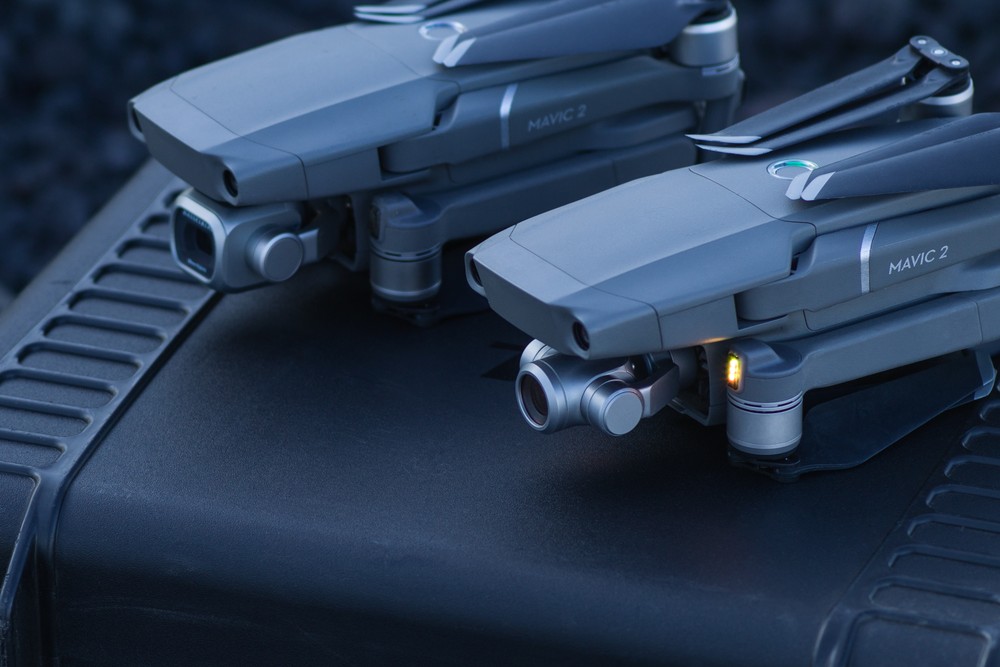 Mavic Pro with its resealable propellers has won the favor of the press, ours and those of all owners. Finally today, after delays and cancellations, the announcement of the new Mavic has arrived:

DJI Mavic 2 Pro boasts a Hasselblad camera with 1″ CMOS sensor and 10-bit color profile support. The aesthetics and basic features have remained similar and therefore we will always have a product with resealable wings, easy to carry and with propellers able to limit noise during the flight.

Mavic Pro 2 is obviously aesthetically improved and offers more video quality with a lens that can capture much more light and record videos in 4K at 30fps. The weight is 907 grams and reaches a maximum speed of 72km/h. Do not miss the transmission system OcuSync 2.0 2.4 and 5.8 GHz that ensures a video back to 1080p even over long distances in order to take advantage of the 31-minute battery life. 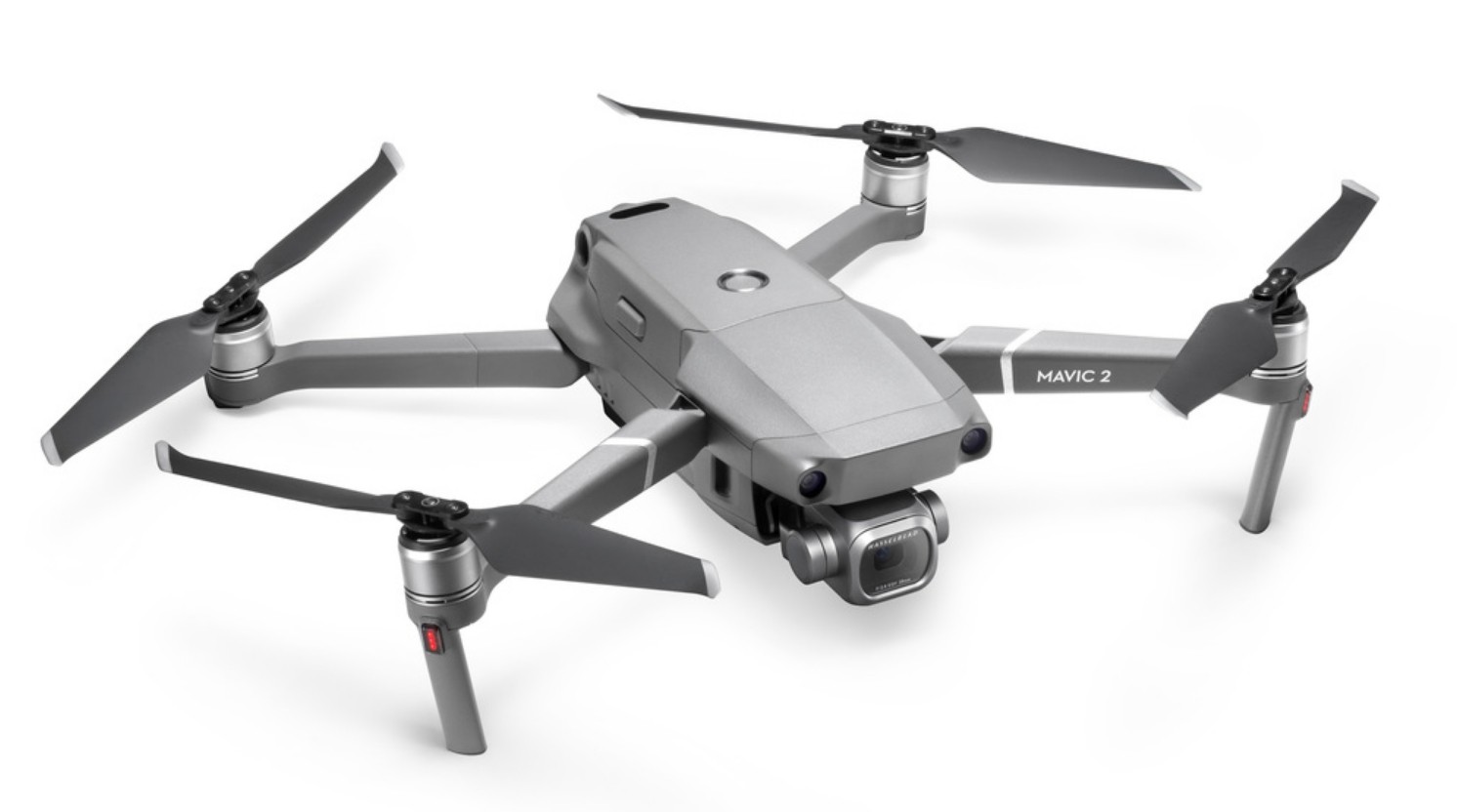 There is also H.265 recording, HDR10 support, and super-resolution for 48-megapixel panoramic photos and hyperlapse mode. To create timelapse videos, you can choose between Circle, Course Lock, Waypoint and Free modes with a single tap on the display in the DJI GO4 smartphone app.

It packs up to 8GB of native storage and also supports up to 128GB UHS-I Grade 3 Micro SD. There is a 3-axis mechanical gimbal and ActiveTrack 2.0 for autonomous tracking and obstacle sensing with the main camera and the front dual vision cameras.

The Mavic 2 Zoom , on the other hand, will have a smaller 1/2.3″ CMOS sensor and is the first DJI model equipped with a zoom lens, which will be a 2x optical zoom (24-48mm) combined with a 2X digital zoom that allows you to get a 98mm telephoto lens, capable of recording 1080p video without loss of quality.

The Mavic 2 Zoom weighs 905 grams and offers the same characteristics as the Pro model. It has a Hybrid auto-focus combines phase and contrast detection for higher focus accuracy with an increased focus speed of up to 40% faster. Optical zoom automatically captures and stitches nine photos together for a highly detailed 48-megapixel image. 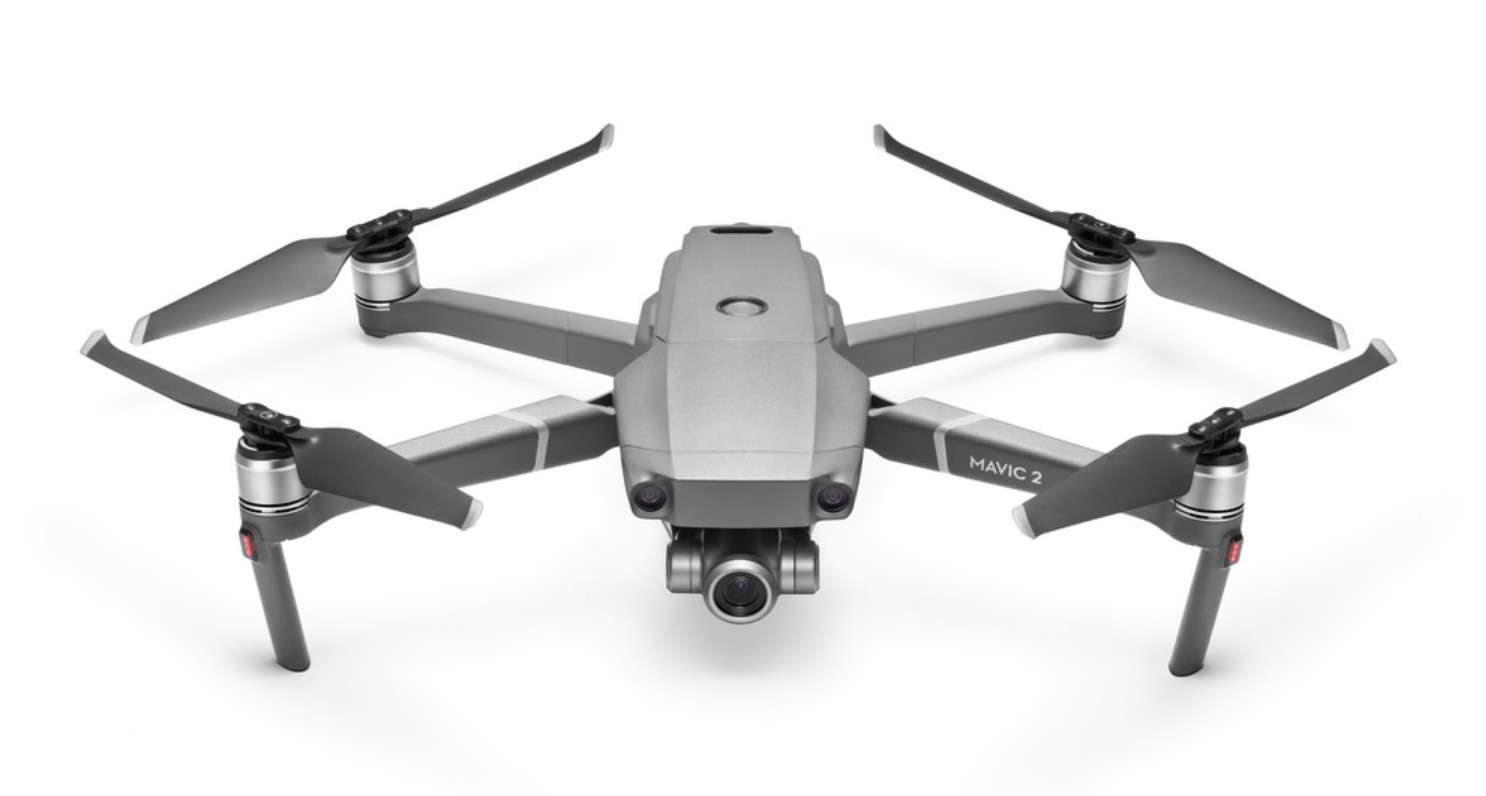 Dolly Zoom QuickShot automatically zooms in as the drone flies away from its subject, keeping the subject the same size while the full background of the scene is revealed. The fully updated FlightAutonomy system transmits data to an even more powerful microprocessor for a more accurate perception of obstacles and safer flight.

The advanced assisted driving system (APAS) optimized, uses 8 sensors to allow the drone to study the surrounding environment and get around obstacles without stopping. In addition, an auxiliary light, located at the bottom of the drone, will automatically turn on to ensure safe and precise landing even in low light situations.

Both DJI drones come with a slightly higher build quality compared to Mavic Pro as the gimbal is bigger and the battery has a greater capacity. Even the weight is slightly higher but is balanced by four more powerful and effective mopeds.

As mentioned for both the 4K at 60fps is missing, but the other video modes are 2.7K at 60fps, FHD at 120fps. Fortunately, the proximity sensors have been inserted even in the rear (as well as in the front) in order to avoid collisions in the case of backward flight.

Thanks for reading! If my article helped you, I would be happy if you visit Techtoyreviews again and follow it on Social media. This article contains partner "affiliate" links. Clicking on it will take you to the provider and if you make a purchase, Techtoyreviews will receive a small amount of support.
@Techtoynews
Previous Official HDR10+ Logo Will appeared on Samsung 2018 Premium UHD and QLED TVs
Next Samsung Galaxy A8 Star Price in India, Specifications, and Availability