Last year we were stuck in the house due to the quarantine imposed to fight the coronavirus. Over time, restrictions have also become quite handy, but this epidemic is not completely over yet. And summer holidays are also coming up in a few months, so if you don’t have plans to go out during the holiday, then we have prepared this best RPG game to play in the summer holidays buying guide to help you pass the time.

Were you looking for a good adventure game to play but not sure which one to choose? Then this is the best RPG game to play in the summer holidays buying guide you are looking for.

The year started with a pleasant surprise for Dragon Ball fans: the launch of a new game in the saga that retells the story of the anime, but now with an RPG feel. In this game, you’ll play with Goku in his adult phase and explore a vast world while facing various enemies in epic fights.

In terms of the story, there is nothing new, the game counts from the invasion of Raditz to the fight against Majin Buu — you who are a fan must already know all this backward.

Because it’s an action RPG, the fights happen in real-time – no “everyone will take their turn”. The fight follows the same style as several other good RPG games in the saga, so there’s not much new here either. Dragon Ball Z: Kakarot is a game made for fans who needed a new game in the franchise.

As is common with every Pokémon generation, Nintendo releases not only one but two new pocket monster games. The latest in the franchise is Sword and Shield, which came out for the Nintendo Switch in late 2019.

The new game features the trio of little monsters Gookey, Scorbunny, and Sobble, forming the initial group of plant, fire, and water-type creatures. In Sword and Shield, you embark on a journey through the new Galar region, where you will challenge the troublemakers of Team Yell while unraveling the mysteries behind the legendary Pokémon Zacian and Zamazenta.

During the journey, it is possible to team up with up to three other players, either locally or online with the new cooperative multiplayer mode called Max Raid Battles. In general, it’s the same formula for years that continues to be successful, so if you’re a fan or have played any other game in the franchise, you’ll also enjoy these.

Final Fantasy XII: The Zodiac Age first came out for PlayStation 2 in 2006 and got a remaster in 2017 for newer consoles. And it was only in 2019 that the Nintendo Switch also received the news. That’s why we decided to include this excellent RPG in our list. If you have a PS4 and haven’t played it, it’s worth a look during isolation.

This remaster not only brings improved graphics but there is also a lot of new content that will offer a new experience even for those who have already played the old one.

The protagonist of this Final Fantasy is Vaan, an orphan whose biggest dream in life is to be a sky pirate, have his ship and explore Ivalice in search of treasures and more adventures. Combat allows players to pre-automate actions in anticipation of certain situations. It’s made for fans, but it’s also going to win over newbies.

Nier Automata was initially released in 2017 but ended up going unnoticed. For Japanese RPG fans, this is one of the best that came out this generation, and this year it received the Game of the Yorha version, which brings a lot of extra content, which makes Nier even more unmissable.

The big news of this version is for the combat arenas. There are three in total with different difficulty levels and spread over different points on the map. Each arena has seven challenges, such as killing 50 enemies in a set time or defeating the wave of enemies without touching the ground.

It is one of the best games of the current generation. And you can grab everything it has to offer in this full version for a great price. There are no excuses for letting this slip. If you haven’t played it yet, this is your chance!

You can buy Nier Automata: Game of the Yorha Edition from Amazon.com and Amazon.co.uk stores, and pricing starts from $25 / £15.85.

Tales of Vesperia is one of the most acclaimed games in the series. The first one is quite old and came out there on PlayStation 1. More than 10 years have passed, and Tales of Vesperia is re-released for PC and current generation consoles. The original arrived for PS3 and Xbox 360.

Bringing graphical improvements, new characters, skills, arts, dungeons, costumes, and scenes, Tales of Vesperia: Definitive Edition can be considered the best and most complete title in the series so far.

For those who like the style of Japanese RPGs, it’s worth betting on Tales of Vesperia: Definitive Edition. The game was developed at the height of the great development times of this genre in Japan and will please players of all ages.

You can buy Tales of Vesperia: Definitive Edition from Amazon.com and Amazon.co.uk stores, and pricing starts from $9.99 / £11.99.

The world of RPGs doesn’t just live on remasters or re-releases of old versions. One of the great new releases of the year is Code Vein. It was in development for a point and suffered several delays, but it finally made its way to consoles and PC this year.

It is inspired by several works of the genre but brings its spice. The gameplay is very reminiscent of the Dark Souls series games. However, newbies may find the mechanics similar to Monster Hunter, another praised RPG that is also on our list.

If you’ve always wanted to enter the world of FromSoftware, Code Vein can be the ideal starting point as it demands less of players. It has a closer look to anime, this makes it less dark and more fun than Bloodborne and others. It has a much faster and more practical learning curve, and it even offers optional companions very well controlled by artificial intelligence, to help in the adventure.

Iceborne is sold as an expansion of the Monster Hunter game, but it is practically a new game. Overall, all of the additional content in the Icy expansion delivers nearly the same amount of hours as the base game.

Iceborne picks up where the expeditions left off, and here, players will explore new locations and hunt new monsters and subspecies. Capcom knew how to take its franchise to another level and attract new fans to the game.

The game is more practical and more intuitive, whether it’s time to chase a monster, assemble your armor, or just hang around in the social area. And the customization part, whether it’s armor, character, or your room, has much more options and more freedom to make things to your liking. But it’s good to have played the base title and have at least 16 hunter ranks to survive here.

You can buy Monster Hunter World: Iceborne from Amazon.com and Amazon.co.uk stores, and pricing starts from $34.99 / £36.99.

Perhaps the biggest release of the year in the world of RPGs is the game The Outer Worlds. It was developed by Obsidian Entertainment, is considered one of the best producers of Role Play Games today.

The game has such a unique design and a story that involves us until the end. It is not an action RPG like others released by the producer and brings greater focus on dialogues and exploration.

Combining an immersive narrative with countless possibilities with solid and fun combat, The Outer Worlds delivers to the player an excellent experience that begs to be experienced multiple times. It’s the kind of game that will please any fan of the genre.

Darksiders is a franchise that was born as a hack and slashes action game, but with each chapter, it gained more and more RPG elements. And in the latest release of the series we have a transformation that is very reminiscent of good RPG games like Diablo.

The in-game camera now shows an overhead view, and the mechanics have also changed. Some treat Genesis as a kind of spin-off, but it helps to tell a lot about what happened to the knight Guerra (the protagonist of the first game). Also, this is the first time we have two playable characters, marking the debut of Conflict (the last of the four horsemen of the Apocalypse).

During the journey, the two protagonists will visit several layers of the abyss and challenge huge and powerful demons. Divided into 16 quests, the game still takes players to learn more about Eden, the betrayal of the Nephilim, and the creation of the human kingdom.

You can buy Darksiders Genesis from Amazon.com and Amazon.co.uk stores, and pricing starts from $22 / £9.99.

So tell us how did you like this best RPG game guide, and also tell us which is your favorite game in this guide. Apart from this best RPG game to play in the summer holidays buying guide, if you have any other good RPG games in your mind, then definitely mention it in the comment section below.

He started this blog as a hobby to show his affection for gadgets, but over the time this hobby became professional. And now he is working as a full-time blogger, but in free time he loves watching movies and games. PayPal donation for TechToyReviews will be appreciated.
@https://twitter.com/Techtoynews
Previous Dell P2723QE 27-inch 4K Monitor with Strong Ergonomics
Next Apple iPad Air 5th Gen with Apple M1, 5G, and ultra-wide-angle front camera 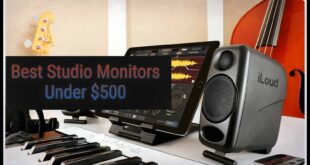 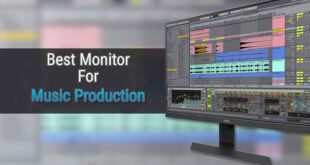 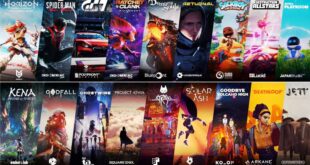 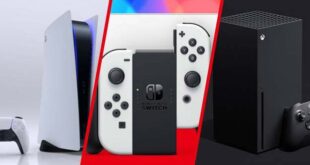 Xbox Vs PS5 Vs Nintendo Switch – Which Should You Buy?

2022 is going to be a solid year for gaming. With major titles like Elden …