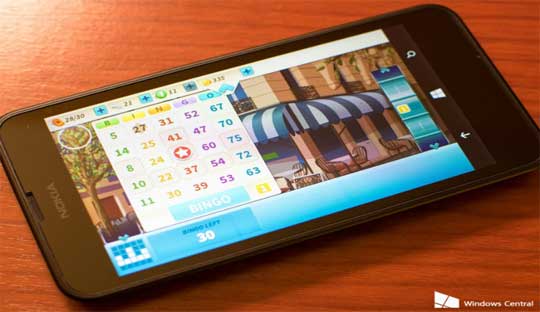 Place the game, including the Great Barrier Reef, Paris, play, win and go to the next screen, you will earn Flight Points help you level up and unlock new locations. Each location will have some souvenirs that you will earn special prizes when you collect your collection. You can be also able to get special rewards from luggage when you continue to win.

In addition, Microsoft Bingo Games allows you to work with the community to achieve a common goal. Bet on specific numbers on Power Card before the game starts to have a chance to win Power Bingo. For each Power Bingo, the community will move closer to achieving their common goals every week and you will receive a special reward.

The Microsoft Bingo game is completely free and full support for all devices including 512MB RAM. Windows 8 Bingo Games App is very popular now you can also Download Microsoft Bingo App here for your phone and Pcs.

He started this blog as a hobby to show his affection for gadgets, but over the time this hobby became professional. And now he is working as a full-time blogger, but in free time he loves watching movies and games. PayPal donation for TechToyReviews will be appreciated.
@https://twitter.com/Techtoynews
Previous Samsung Galaxy E7 and E5 upcoming Smartphone with monolithic design
Next Xolo Q900s Plus Specs and Price Detail