Breaking the record of Gionee Elife S5.5, Elife S5.1 was crowned of owning a thickness of just a 5.15mm. 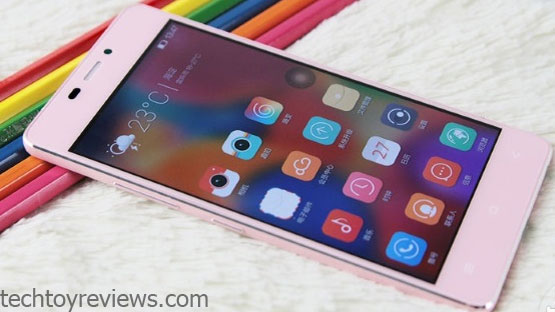 Gionee has officially announced this version in China, but Gionee India also planned to launch this world’s slim smartphone soon.

Despite owning absolute thinness, but Elife S5.1 is not Gionee flagship product until the present time. Only thinner than the Elife S5.5 0.35mm, Elife S5.1 become the next smartphone with the world’s thinnest dimension. Similar to its predecessor, S5.1 using aluminum frames and glass materials.

In comparison, the thickness of Elife S5.1 is a pencil size 139.8mm×67.4mm overall 5.15mm. Gionee Elife S5.1 even slimmer than its predecessor Gionee Elife S5.5 with a thickness of only about 5.15mm. Design is also very eye-catching with shiny and square edges makes us easily relate to the design of the Galaxy Alpha published in recent times. Besides the impressive slim design of Elife S5.1 also be evaluated and refined compact than its predecessor.

Gionee Elife has a 8 megapixel camera on the back and 5-megapixel camera on the front for selfie photography. S5.1 will run on Android 4.3 Jelly Bean and genuine custom 2.0 interface Amigo. It’s coming with 2.100mAh battery. It’s fully integrated with microUSB port and headphone jack. This makes the gionee phone look compact and refined than its predecessor.

Gionee Elife S5.1 will be sold first in China this month, but the manufacturer has not revealed the official price.

Check out the Gionee Elife S5.1 Price below:

He started this blog as a hobby to show his affection for gadgets, but over the time this hobby became professional. And now he is working as a full-time blogger, but in free time he loves watching movies and games. PayPal donation for TechToyReviews will be appreciated.
@https://twitter.com/Techtoynews
Previous LG L60 Dual Sim budget Smartphone
Next Galaxy S5 Mini smartphone review