After launch Samsung Galaxy S5 smartphone, Samsung will launch the Mini version of it, but still retains the essence of the original one. The Samsung Galaxy S5 Mini owned 4.5inch screen, quad core processor and 8MP camera would be interesting options for you. 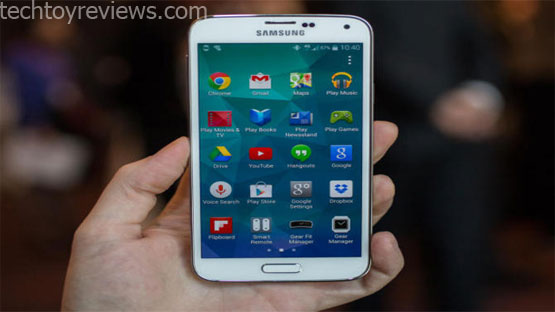 Samsung’s mini line first appeared in 2012 with the introduction of the Samsung Galaxy S3 Mini. So far, users have been waiting compact version of the S5, with many more enhancements, more powerful than the mini version of its predecessor.

Samsung Galaxy S5 Mini owned 4.5 inch touch screen display, larger than the S4 version of the Mini. The display has a resolution of 1280x720px. Compared with the original S5 5.1inch screen. However, the downside is the display of the Mini was not clear, full HD standard on the S5 as the original version.

Add an improvement compared to the S4 Mini as the S5 Mini has been used 1.4GHz quad core processor (instead of dual-core) and 1.5GB RAM. However, the S5 Mini almost certainly not be able to use, powerful Snapdragon processor 801, instead will be a chip average.

With this configuration, S5 Mini will reach higher speeds than the HTC One Mini (1.2GHz quad-core, 1GB RAM) but it seems weaker than that of the Xperia Z1 Compact (2.2GHz quad-core, 2GB RAM). However, the operating system of Android 4.4 KitKat gives you a huge app store, the same processor that S5 Mini owners have enough to use smooth for normal operations, communications, entertainment, fast browsing. Some heavy games or programs will not fit because the product may cause lag, startled by the device is overloaded.

There is no 16MP camera as original S5. So, 8MP, the same camera as S4 Mini is considered a reasonable resolution will be equipped Samsung devices. It’s still has high quality camera technology from Samsung but not actually show the S5 Mini competition versus HTC One Mini 2 13MP camera, or Z1 20.7MP. It has 2.1MP front camera gives you the clearest picture for selfie and live voice chat with friends.

This phone is also inherits advanced features, IP67 certified dirt and water resistant like the S5. This valuable feature of your device more resilient to the impacts of the environment. S5 Mini can be last in water at a depth of 1.5m, for 30 minutes without any damaging.

Galaxy S5 Mini designed exactly like the S5, curves, metal edges and the back surface is perforated plastic layer. It has a small screen size, but still possesses the advantages of camera technology and advanced screen. Samsung S5 Mini is a mid-range smartphone worth the investment, especially for users who love Android and Galaxy S5 but with limited costs. There are not any new of Samsung Galaxy S5 Mini Update to Android 5.0.

He started this blog as a hobby to show his affection for gadgets, but over the time this hobby became professional. And now he is working as a full-time blogger, but in free time he loves watching movies and games. PayPal donation for TechToyReviews will be appreciated.
@https://twitter.com/Techtoynews
Previous Gionee Elife S5.1 – the world’s thinnest smartphone
Next Lenovo A536 smartphone Review