LG has added a new LG smartphone in the  LG L product line, LG promises to present this phone in good price. 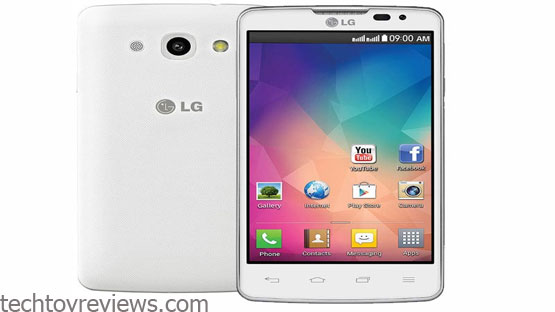 LG L60 will be the next cheap smartphone of series L in mid-range. The LG cell phone will have 4.3-inch screen with a resolution of 480×800 pixels, 1.3GHz processor and little low capacity 512MB of RAM, compared to the other version called L65 have 1GB RAM, 4GB of internal memory.

Regarding software, L60 has knock-on features to allow users to tap twice to turn on the display. The LG has not officially announced the price of this new dual SIM phone, but the information on the LG site indicate that it will soon sell this phone into the market.

LG mobile India may present this product in budget smartphone range. Of course, it is still fully supports every connectivity feature. It has 1540mAh battery, Running on the Android 4.4 KitKat operating system.

For the price, the LG can launch this phone in the cheap smartphone segment to give competition to Asus Zenfone 4 or even Motorola Moto E. The LG L60 Price in India launched for Rs. 9,000, but it’s available at online shopping website at Rs. 6,899. L60 dual sim has various versions and all versions has notably different prices.

He started this blog as a hobby to show his affection for gadgets, but over the time this hobby became professional. And now he is working as a full-time blogger, but in free time he loves watching movies and games. PayPal donation for TechToyReviews will be appreciated.
@https://twitter.com/Techtoynews
Previous HTC Desire 510 4G smartphone Review
Next Gionee Elife S5.1 – the world’s thinnest smartphone