Although not yet officially announced, but the BlackBerry classic smartphone was beginning to accept pre-orders at online BlackBerry store in the US. 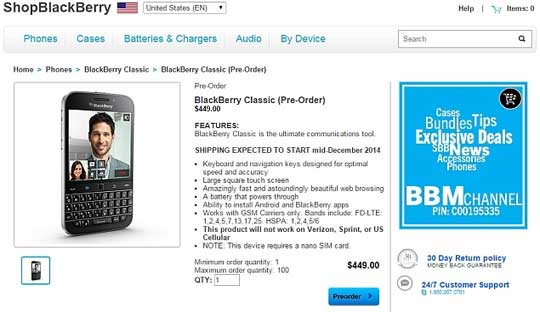 Yesterday 13/11, BlackBerry surprise to start for formal pre-order of this smartphone for $449-approximately 30,800 rupees, through its online stores only for the US market. The phone will run on the BB10.3.1 OS, and this time will only be available unlocked versions and not include any contract signing with network carriers in the US. 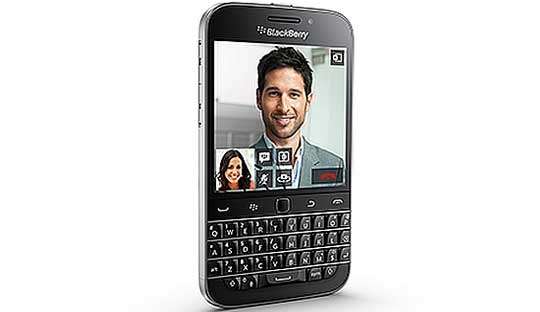 This is the place to buy an unlocked network device, no binding contract, but only for GSM networks. BlackBerry Classic can be announced and released officially on upcoming December 17-12-2014. Typically, the manufacturer of the smartphone device for ordering products after launch, this time it looks like BlackBerry want to do the opposite. BlackBerry Classic can see the latest efforts in a strategic business situation to revive the BlackBerry firm. After a period of prolonged decline in the sights takeover of the giants in the technology market, recently the Canadian mobile carriers are back strong and confident.

The BlackBerry Classic comes with its traditional keyboard and navigation keys, also a touchscreen display and the ability to install both BlackBerry and Android apps with connectivity 4G LTE.

He started this blog as a hobby to show his affection for gadgets, but over the time this hobby became professional. And now he is working as a full-time blogger, but in free time he loves watching movies and games. PayPal donation for TechToyReviews will be appreciated.
@https://twitter.com/Techtoynews
Previous iPhone 8 Concept Smartphone design
Next Samsung Advanced S Pen for New Galaxy Devices