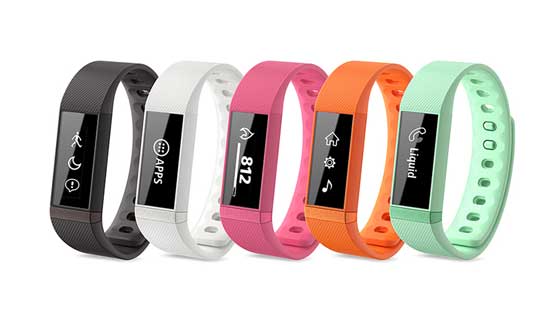 Compared to the predecessor, Liquid Leap+ is similar in design, but Acer has made it more useful. For example, Liquid Leap+ now allows users to replace the strap, you simply remove the screen and then replaced in the middle of the other color. Currently only a few colors are available to choose, but Acer will promise that add more color straps in the future. In addition, according to Acer, the Liquid Leap+ is a very soft and light in hand.

Referring to the features and hardware of the Acer Watch, Acer Liquid Leap+ connect with smartphones via Bluetooth 4.0, waterproof certified IPX7. At the center is the OLED touch screen display size of 1-inch, not any physical buttons. 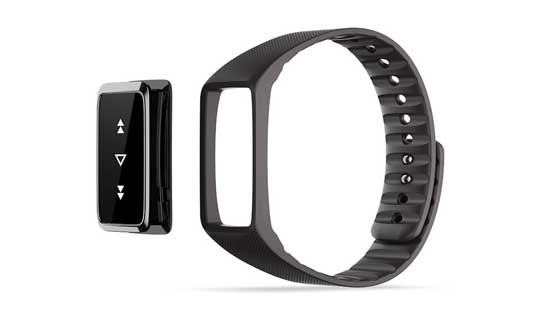 The main aim of Acer Liquid Leap+ is monitoring exercise regimen, physical activity, tracking sleep and calories. Besides, it also plays the role of a SmartWatch as display messages, email, calendar, music player controls. Reportedly, Acer Liquid Leap+ will be compatible with all three platforms such as iOS, Android and Windows Phone.

Acer will sell Liquid Leap+ in Europe, Middle East and Africa by the end of March for about $ 88. Acer Liquid Leap+ will have three colors: black, pink and green, other colors will come in the near future.

He started this blog as a hobby to show his affection for gadgets, but over the time this hobby became professional. And now he is working as a full-time blogger, but in free time he loves watching movies and games. PayPal donation for TechToyReviews will be appreciated.
@https://twitter.com/Techtoynews
Previous HTC Vive: First HTC Virtual Reality Glasses Launched at MWC 2015
Next HP Spectre x360 hybrid laptop with Core i5 processor and 4GB RAM Launched at MWC 2015