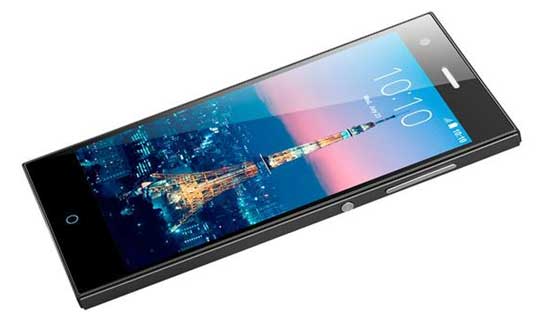 This new ZTE Blade V2 smartphone model does not bring anything very impressive features, it will bring some little improvement like 64-bit Snapdragon 410 chip has helped manufacturers obtain a mid-range smartphone to be able to keep updated with latest Android 5.0 OS from Google.

The significant improvement in ZTE Blade Specs includes the presence of 1.2 GHz Quad-core processor, Snapdragon 410 SoC, a 5 megapixel front camera allows you to capture selfie picture through gestures. In addition, the device also owns a large battery capacity up to 2400 mAh, compared with older 2300 mAh, 1GB of RAM and 8GB of internal memory, also expandable via Micro-SD card.

The ZTE Blade V2 Phone is equipped with 5.0-inch HD display with a resolution of 720×1280 pixels and a rear camera of 13 megapixel with LED flash, also supports a backside-illuminated -BSI – CMOS image sensor.

In terms of connectivity ZTE Blade V2 supports 4G LTE Cat.4, 3G, Wi-Fi, GPS, A-GPS, Bluetooth 4.0 and Micro-USB. For now there is not any clear news about the availability of this phone in the market.

The rear camera of ZTE G720C is 13 megapixel with CMOS sensor, 5 megapixel front camera and the Battery capacity of 2300 mAh.

He started this blog as a hobby to show his affection for gadgets, but over the time this hobby became professional. And now he is working as a full-time blogger, but in free time he loves watching movies and games. PayPal donation for TechToyReviews will be appreciated.
@https://twitter.com/Techtoynews
Previous Gionee Pioneer P6 with Dual SIM 3G Smartphone Launched at Rs. 8,890
Next HP Pro Slate 8, HP Pro Slate 12 and HP Pro Slate 10 EE Tablets with Duet Pen