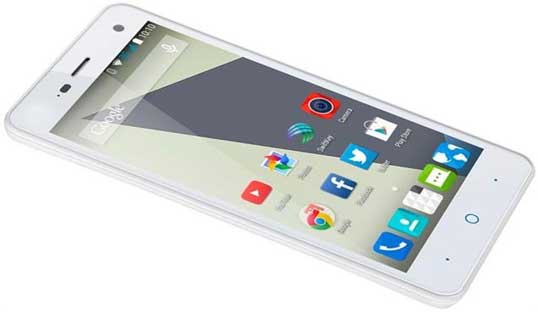 The back of the ZTE Blade L3 phone is even more straightforward design, with a 8 megapixel camera with a LED flash and 2 megapixel front-facing camera to take a selfie picture. The ZTE Cell Phones supports 8GB of internal memory, no detail about external memory and a battery capacity of 2,000mAh.

The ZTE Blade S6 supports a 13 megapixel rear camera with LED flash and Sony sensor, while the front camera of 5 megapixel to take a high quality selfie photo. It has a battery capacity of 2400 mAh, with a 4G LTE supports and runs on the Android 5.0 Lollipop platform.

He started this blog as a hobby to show his affection for gadgets, but over the time this hobby became professional. And now he is working as a full-time blogger, but in free time he loves watching movies and games. PayPal donation for TechToyReviews will be appreciated.
@https://twitter.com/Techtoynews
Previous Qantas Airlines launch Samsung Gear VR virtual reality glasses service for passengers
Next Oppo R1k Review: Slim Smartphone with 5MP Selfie Camera