Recently, ZTE phone in Hong Kong has expanded its Blade series with the launch of new ZTE Blade S6 smartphone. The ZTE Blade S6 price is around $ 249.99 – equivalent to Rs. 15,300, gradually won the hearts of users and have more choices in mid-range smartphone segment. 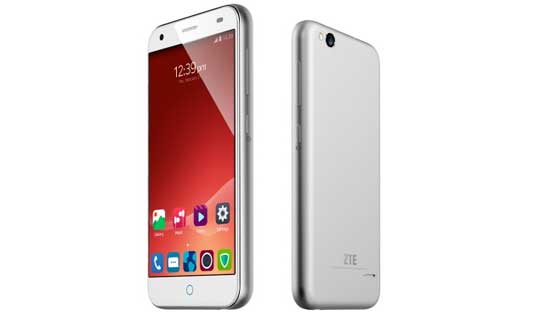 The ZTE Blade S6 with many new improvements with elegant design comes with a low price. The body is constructed from plastic, but feels solid in your hand. The four corners with rounded edges are beveled device in a reasonable manner, helping the device to hold easily in one hand.

The ZTE Blade S6 owned Qualcomm Snapdragon 615-MSM8939 Octa-core processor, 2GB of RAM, 16GB of internal memory and the ability to expand the memory up via microSD card. With such a configuration, the device running Android 5.0 Lollipop platform.

The ZTE Blade S6 4G LTE is equipped with a 5 inch HD display with a resolution of 720×1080 pixels and On-cell technology make this phone different in mid-range smartphone segment. Thus, the display quality of the device is pretty good with wide viewing angle.

Along with the 13 megapixel rear camera that supports LED flash, auto focus and Sony IMX214 sensor. The ZTE Blade 6 front camera is 5 megapixel for the people like to take a selfie photograph. The ZTE Cell Phone Battery capacity up to 2400 mAh, the device can withstand more than one day. In addition, the connectivity options includes 4G LTE, Wi-Fi, GPS, A-GPS, Bluetooth and Micro-USB.

He started this blog as a hobby to show his affection for gadgets, but over the time this hobby became professional. And now he is working as a full-time blogger, but in free time he loves watching movies and games. PayPal donation for TechToyReviews will be appreciated.
@https://twitter.com/Techtoynews
Previous HTC Desire 826 with 64-bit Snapdragon 615 SoC, Android 5.0 Lollipop Price announced
Next Samsung Galaxy J1 with Android 4.4 Kitkat, 4.3-inch Display Launched