After a long time waiting, fans of the WWE wrestlers will have the chance to re-create their heroes in this New WWE Game 2015. Of course, in WWE Immortals, the John Cena, Triple X, Batista and Kane will return back with a completely new visualization, they will embody the gods of ancient legend.

If you’ve played the injustice they probably will not have anything to novelty with WWE Immortals. How to play almost perfectly identical no differently and excel. The WWE games new only difference is that this time the superheroes to be replaced by the character of the TV show WWE. The feeling when playing well is almost identical. 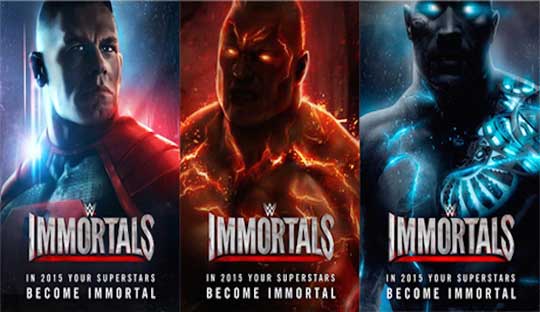 The game used battle system, running smooth and the response speed of the character very well, because this is about a wrestling game should play just a little bit different than injustice. But if you want to play the same category, but experience with other characters, it would be a bad choice. Moreover, the remaining characters in WWE Immortals will launch special moves that registration is often seen on TV was designed additions to spell looks beautiful. 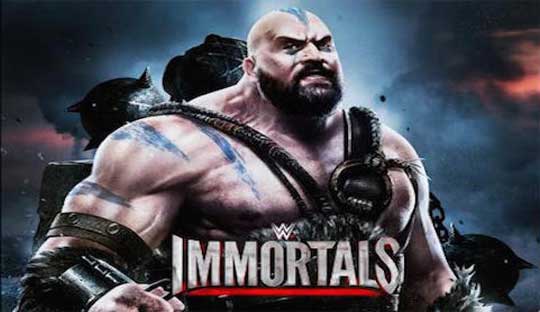 The wrestler characters are well polished, such as The Rock will play Golem, Kane becomes a man or Satan ferocious rock god pictures will be the perfect outfit for the Big Show. Throughout the game you will see a lot of familiar faces, the more you play and earn more money to buy about these characters.

The WWE Immortals game is currently being downloaded for free on the App store, but if you want to minimize the time to play and upgrade items you can put the money to buy in-game items. If you really like the WWE characters, so this is certainly one of the most played game of the first appearance in 2015.

You can download WWE Immortal here for Android and iOS.

He started this blog as a hobby to show his affection for gadgets, but over the time this hobby became professional. And now he is working as a full-time blogger, but in free time he loves watching movies and games. PayPal donation for TechToyReviews will be appreciated.
@https://twitter.com/Techtoynews
Previous Samsung Galaxy A3 Vs HTC Desire 820 Vs Sony Xperia M2 Aqua Vs Nokia Lumia 830
Next Sony Xperia Curve: Classy Concept Smartphone Design