Vaio company split from Sony, Now Vaio a separate company with the goal to produce Smartphone devices. However, apart from two Z series laptop, Vaio Z and Z Canvas have launched a few weeks ago, the company has just launched their first smartphone called Vaio Phone codename VA-10J. In fact, rumors about the Vaio Phone have appeared since last year, front of the box with a few pictures of the device, but today it finally appeared. 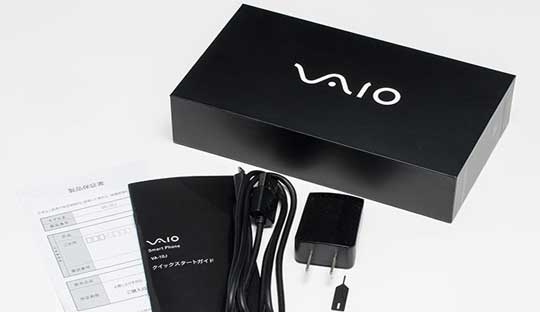 The Vaio Phone is completely different from Sony devices. More precisely, the Vaio Phone has a totally different appearance compared to all the Xperia smartphones. The phone has a soft curve at the edges, the back panel with tough glass smaller than the front and four sides seems to be covered with a plastic to help better grip. 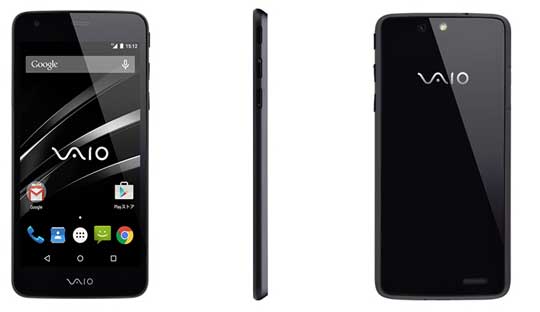 The front of the device with a 5-inch screen, speaker, camera and the sensor at the top, while the bottom has a same Vaio logo appeared on laptop models. Left side has only one MicroSD slot, while the right side contains the volume and power keys. Upper and lower edges contain a 3.5mm headphone and MicroUSB charging port. Rear camera with flash close to the borders and the logo located under the camera and speaker in the lower right corner. It looks like it will have only one color choice is black. Overall dimensions are 71 x 7.9 x 141.5mm and weighs only 130g. 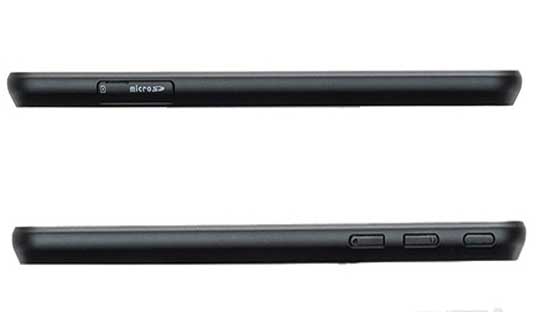 The Vaio Phone has not a very outstanding specification compared to other mid-range Android devices, including 5-inch HD screen with an IPS panel, a resolution of 720×1280 pixels, Snapdragon 410 chip, 1.2 GHz quad-core processor, 2GB RAM and 16GB of internal memory. It has a rear camera of 12-megapixel and 5-megapixel front facing camera. The Vaio Phone will run Android 5.0 Lollipop and seems to be the original interface.

The Vaio Phone will be sold in Japan around $ 420 with a 2 year contract and distributed in many different markets instead of Japanese domestic market.

He started this blog as a hobby to show his affection for gadgets, but over the time this hobby became professional. And now he is working as a full-time blogger, but in free time he loves watching movies and games. PayPal donation for TechToyReviews will be appreciated.
@https://twitter.com/Techtoynews
Previous Google Chromebook Pixel 2 with USB type-C and Intel Core i5 or i7 SoC Launched at $ 1000
Next Xiaomi Redmi 2 4G LTE Smartphone Launched in India