Cell phone called SCH-V200 model is the first Camera Phones in the world with integrated camera, manufactured by Samsung Company. Samsung SCH-V200 was released on May 6-2000, the time that the phone is only capable of taking pictures and store 20 pictures at a resolution of 0.35 MP.

2000 – 2014, after 14 years of continuous development of sensor technology in smartphones, the Camera Smartphone today have the ability to take high-quality pictures with amazing camera. However, most of smartphone devices generally have their own advantages and disadvantages.

The Picture quality on high-end phones have now been significantly enhanced. However, taking pictures in low light conditions has not yet up to the mark with the picture quality.

Below is a list of Best Smartphone with Camera for Diwali, which are capable of taking pictures in low light conditions, but still the best image quality available today. 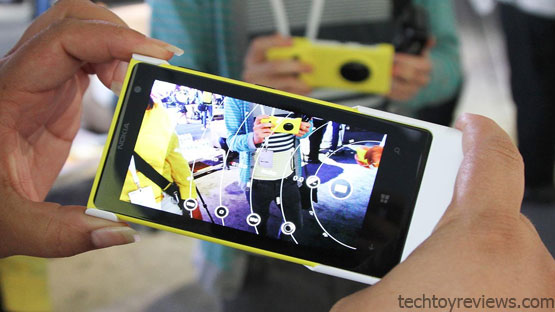 Nokia Lumia 1020 equipped Best Cell Phone Camera Quality in the smartphone world today, with a resolution up to 41 MP, the Nokia Lumia 1020 utilizes a completely new BSI sensor has higher sensitivity than the 808 PureView. Nokia has added many features to support better picture quality in the photograph. Sensor size is only 1/1.5 inch smaller than PureView 808-1/1.2, 3x zoom capability, 6 lenses packed on ZEISS lenses, complete with both LED and Xenon light and optical stabilization technology of 2nd generation.

Nokia Lumia 930 equipped 20 megapixel camera for users to edit photos right after the capturing, but at front only 5 megapixel, cause the selfie photos is not lost too much detail. However, based on sensor 1/2.5 inch aperture F/2.4, usually Nokia Lumia 930 can still produce good pictures in low light conditions with dual LED lights. Stabilization of supported hardware help imaging capabilities of the Nokia Lumia 930 smartphone stable than other smartphones. 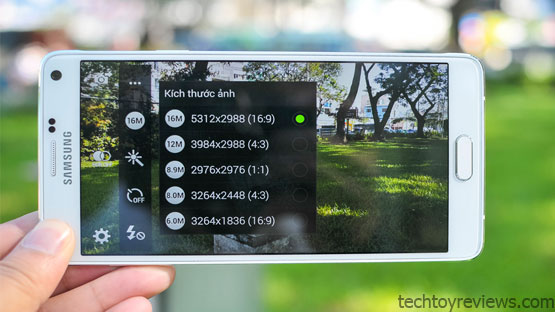 Galaxy Note 4 possesses two cameras with a resolution of 3.7 megapixel respectively, for the front camera and 16 megapixel camera on the back. With the front camera it will have an aperture of f/1.9, Note 4 will further support the ability to shoot in low light with the LED flash. The rear camera of Galaxy Note 4 provides the ability to shoot video with 4K quality and take pictures with a maximum resolution of 3456×4608 pixels. Samsung Note 4 also provides many smart camera features like Dual Shot-capturing with two cameras simultaneously on both front and back, Geo-tagging feature, touch-focus capabilities and face recognition etc. 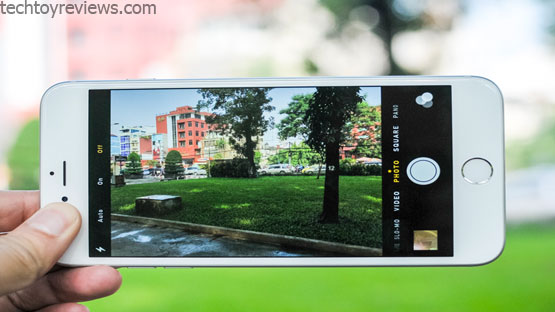 The rear camera of the iPhone 6 is 8 mega-pixels, 1.5 microns. The camera lens has been designed including 5 layers, aperture f/2.2 same as the iPhone 5S, but iPhone 6 is the second phone in the world after the Samsung Galaxy S5, which is equipped with features to take pictures according to the definition phase. As we know, the AF phase sensitive and responsive than AF contrast identification. Not to mention the iPhone 6 is also equipped with an optical image stabilizer (OIS) to reduce the motion, vibration, shaking of hands when you hold the phone to take pictures or shooting videos. At the same time, also manually adjust the position of the lens to be compatible with that motion. OIS sensor helps improve shooting in low-light environments dramatically and proved particularly effective when shooting video.

Pride of Xperia Z series is the amazing camera with high resolution and features like photography software intensive support gives users the power to take photos with phone same quality as professional cameras.

Xperia Z3 is equipped camera with a resolution of 20.7 MP, ISO is increased up to a maximum of 12,800 will help users capture high-quality images with smooth, pure color and sharp detail. At the same time, the Z3 is capable of taking pictures in low light much more efficiently than the smartphone segment, not equipped with long-range OIS as Z3.

He started this blog as a hobby to show his affection for gadgets, but over the time this hobby became professional. And now he is working as a full-time blogger, but in free time he loves watching movies and games. PayPal donation for TechToyReviews will be appreciated.
@https://twitter.com/Techtoynews
Previous Nokia Lumia 525 Review
Next OnePlus One with high-end JBL headphones