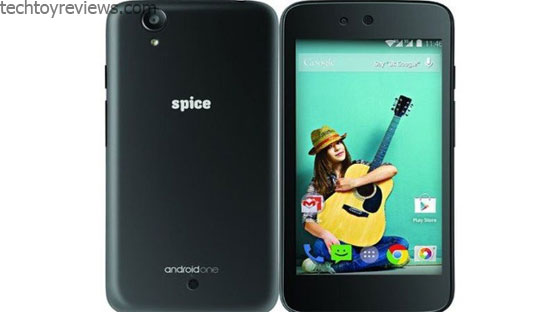 Online retailer Flipkart has published details of the first Android One Touch smartphone. Android device called Spice Dream UNO Mi-498, scheduled to be introduced at the event will take place a few days.

Hardware is not particularly strong, but Android One promises of easy to use with smooth operation. Google says these devices focus on the user experience, upgraded regularly and fully automatically. In addition, Android One optimized by country, geographic area to provide convenient services to suit each customer object.

Android One smartphone project developed by Google with the goal of expanding the influence of Android. Through Android One, Google attempts to reach milestone of 5 billion mobile users. Emerging markets like India are targets of giant smartphone market because these areas have great potential in terms of both consumption and production.

He started this blog as a hobby to show his affection for gadgets, but over the time this hobby became professional. And now he is working as a full-time blogger, but in free time he loves watching movies and games. PayPal donation for TechToyReviews will be appreciated.
@https://twitter.com/Techtoynews
Previous Lenovo Tab S8 – 8 inch Tablet review
Next Samsung Galaxy A5 Image leak