Sony has officially launched the company’s first 2015 smartphone is a Xperia E4. The device design based on Omni Balance philosophy, curved edges with the rough back panel. 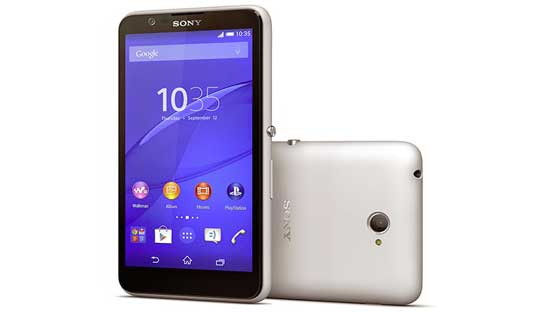 Sony Xperia E4 smartphone with 5-inch display and utilize the MediaTek processor. Xperia E4 is the successor of version of the Xperia E3 and cheap smartphone for the mid-range segment of Sony. About the technology was rumored Sony will launch Xperia E4 at MWC 2015 this year, it’s interesting that the company decides to launch its new smartphone even before technology exhibition in Barcelona.

Right from the first glance showed Sony Xperia E4 is the replacement for the Xperia E3 with Omni-Balance design. The display is upgraded from 4.5-inch FWVGA resolution of 854×480 pixels to 5.0 inches bigger with better qHD resolution of 960×540 pixels.

In terms of specifications, Sony Xperia E4 is powered by MediaTek MT6582 chip, a 1.3GHz quad core processor with 1GB of RAM and 8GB of internal memory can be expanded with additional 32GB via microSD card. Sony also upgraded from VGA front camera of E3 to E4 in 2-megapixels to capture a better selfie photo. The rear camera is a 5-megapixels with autofocus, LED flash and supports Full HD 1080p video recording. 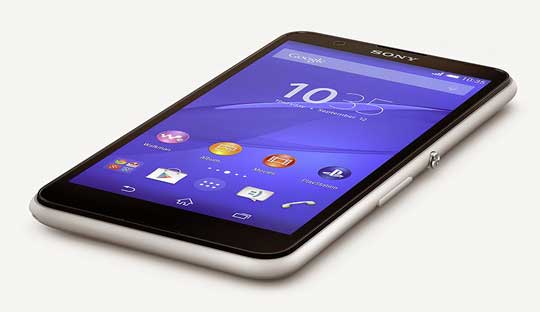 The Sony Xperia E4 only supports 3G network is a decline compared with Xperia E3 4G LTE support. With a 2300 mAh battery capacity, the device can operate with standby time up to 696 hours – 29 days and talk time up to 12 hours on the 2G network, up to 48 hours playing music and videos up to 6 hours. There is no information about the release date of this smartphone on the market

Sony Xperia E4 also includes super energy-efficient modes, called Battery Stamina and Ultra Stamina increase usage time of the device in critical condition. Although only 1GB of RAM, but the company has introduced Dynamic Memory technology, which automatically optimizes the amount of the cache used in the application.

He started this blog as a hobby to show his affection for gadgets, but over the time this hobby became professional. And now he is working as a full-time blogger, but in free time he loves watching movies and games. PayPal donation for TechToyReviews will be appreciated.
@https://twitter.com/Techtoynews
Previous Moto E 2015: qHD 4.5-inch Display with Android 5.0, priced at $ 100
Next Zenfone C ZC451CG launched in India in just Rs. 5,999