Today Motorola introduced the second generation Moto E 2015, a cheap smartphone product aimed at emerging markets. The Motorola and Google will be launched early this year. 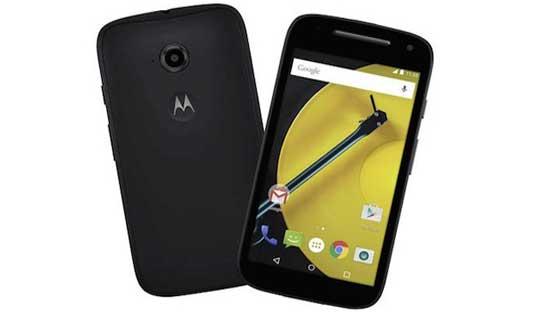 The latest images of the Moto E 2nd Gen has been shared on the media network. This version is considered the successor of the Motorola Moto E XT1021 is expected to launch in the near future.

Recently the media has published some pictures with the front and back design of the device, allowing the product concerned. Basically, 2nd generation Moto E design and style is quite similar to its predecessor. However Motorola Moto E 2015 is just a slightly different design, the speaker grill is located at the front of the screen, this may be a limitation in the future when the user uses it. 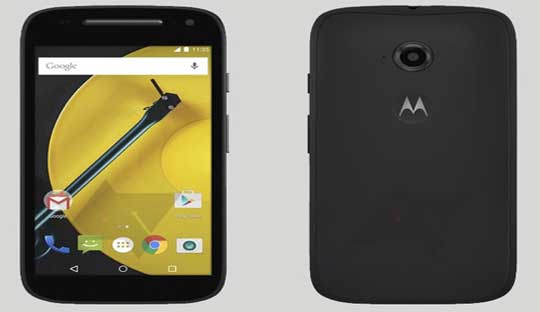 These specifications are expected on 2nd generation Moto E 2015 includes Qualcomm Snapdragon 200 chips set, 1.2 GHz dual-core processor, 4.5 inch qHD display with a resolution of 540 x 960 pixels, combined with improved 1GB of RAM and run on the Android 5.0 operating system out of the box.

Compared with its predecessor, the The Moto E 2015 has front camera with VGA resolution, a 5-megapixels rear camera remained. Other details of Moto E is quite similar to G 2014, including 8GB of internal memory, microSD card slot to expand memory up to 32GB. In addition 4G LTE, Wi-Fi, Bluetooth 4.0, GPS. The selling price of the 2nd generation Moto E 2015 is $ 100 no binding contract.

He started this blog as a hobby to show his affection for gadgets, but over the time this hobby became professional. And now he is working as a full-time blogger, but in free time he loves watching movies and games. PayPal donation for TechToyReviews will be appreciated.
@https://twitter.com/Techtoynews
Previous Pentax K-S2 the world’s smallest DSLR dustproof and weather-resistant Camera
Next Xperia E4 Dual SIM with qHD 5-inch Display and 5MP camera Launched