The first Sony Android phone Xperia X10 to the latest Sony Xperia Z3 do not allow the device to be right boot from the recovery partition. 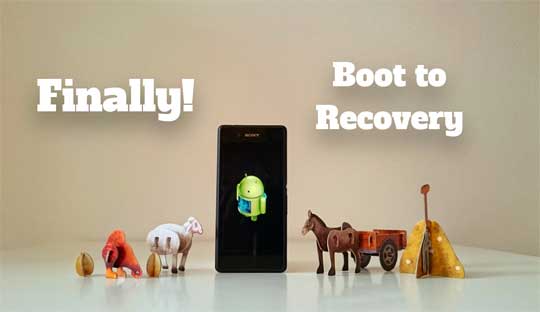 The launch of recovery is almost basic requirements to install and run the custom ROM on Android. To overcome such limitations, programmers worked on boot ramdisk and the ramdisk recovery into a single boot image file, and it requires a lot of interference on the Android system, making the updated versions later and even harder when you have trouble with the installation of the ROM and returned to the normal it becomes a nightmare.

Thankfully, Sony has launched a special free Bootloader, that support booting from the recovery partition, allowing the programmer to use these images in any normal AOSP Project ROM, including Firefox OS or Ubuntu Touch to the Sony mobile. That’s good news, but the bad news is currently working on Cortex-A7 based devices such as Xperia T2 Ultra, Xperia T3, M2 and E3, Sony has not said anything about the other devices but most likely will there. If you own these devices, may try to install a new bootloader by using flash-tool from Sony, for more detail go to the Source link.

He started this blog as a hobby to show his affection for gadgets, but over the time this hobby became professional. And now he is working as a full-time blogger, but in free time he loves watching movies and games. PayPal donation for TechToyReviews will be appreciated.
@https://twitter.com/Techtoynews
Previous Leica M Monochrom Type 246 with live view and a wider ISO range Launched
Next MS Optical introduce 21mm Perar lens for Leica M mount