Samsung officially launches Galaxy A7 with a price tag of $400

After the introduced smartphone duo Galaxy A3 and Galaxy A5 to users, the Korean manufacturer Samsung is continues to launch smartphone called Galaxy A7 in the Malaysian market. This smartphone comes with nice technical specifications as well as some notable features. 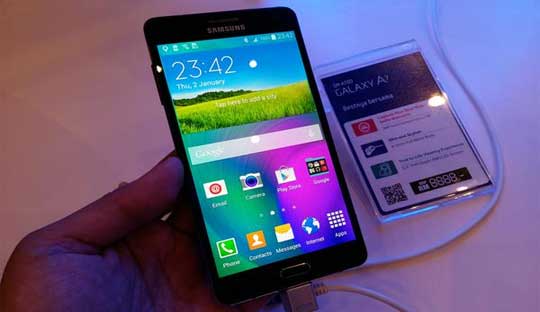 Reportedly, the smartphone is located in the Galaxy A series, The series with innovative designs and more details on the metal body and the device configuration also best in its class. 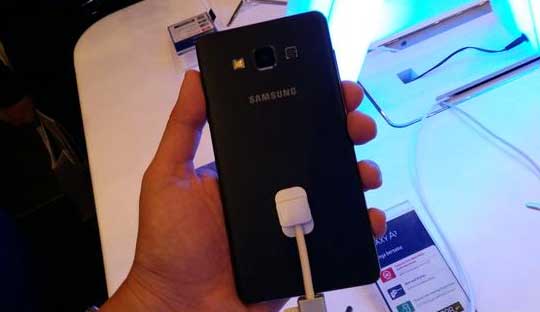 Accordingly, the Samsung Galaxy A7 only 6.3mm thin, and became the thinnest smartphone ever that Samsung has created, although not thin more than Galaxy A5 or Galaxy Alpha. In particular, this handset also owns the trendy case made from metal, to dispel the prejudices of the plastic used in previous designs. 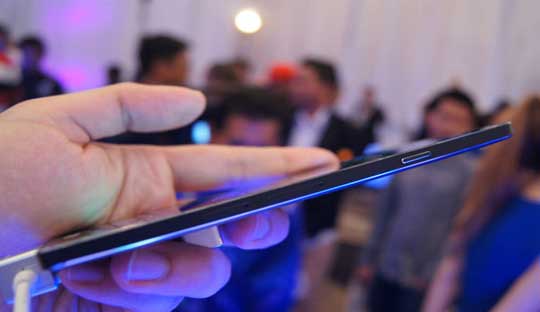 In addition, Galaxy A7 also provides a better performance thanks to the 64-bit Snapdragon 615 chip, 1.5 GHz quad-core processor and runs in the pre-installed Android KitKat operating system. The rear camera of 13 megapixels, battery capacity of 2600mAh,

According to the website of the Malaysia, Galaxy A7 will officially go on sale in Malaysia in February at a price of about $ 400 – the equivalent of 25,281 rupees. Most likely, after this, it will arrive in other countries during March and of course, the price of the Galaxy A7 will not lower anyway. 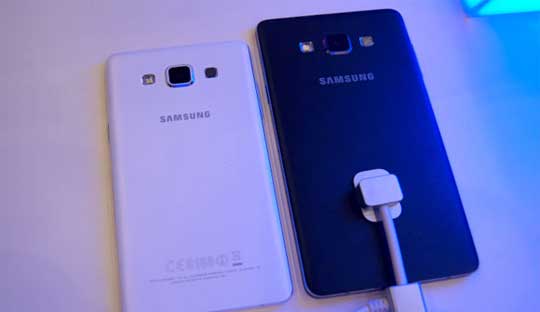 But before that, this handset will be launched in Korea and Samsung is likely to reveal more about the Galaxy A7 more in the coming weeks.

Check out Samsung Galaxy A7 Price below:

He started this blog as a hobby to show his affection for gadgets, but over the time this hobby became professional. And now he is working as a full-time blogger, but in free time he loves watching movies and games. PayPal donation for TechToyReviews will be appreciated.
@https://twitter.com/Techtoynews
Previous Dell XPS 13 – 2015 with Battery life up to 15 hours Launched at CES 2015
Next Logitech Megaboom wireless speakers in $ 300 at CES 2015