Dell has refreshed its XPS Laptops line at the exhibition of CES 2015. Dell XPS 13 Ultrabook, the edges of the screen has been greatly thinned, only 5.2mm, to reduce the overall size of the laptop. New Dell XPS 13 remains the same screen size is 13.3 inches and also improved a lot on the computer screen equipped with touch screen with high resolution of 1800×3200 pixels. It is one of great change when compared with older resolution of 1366×768 pixels. 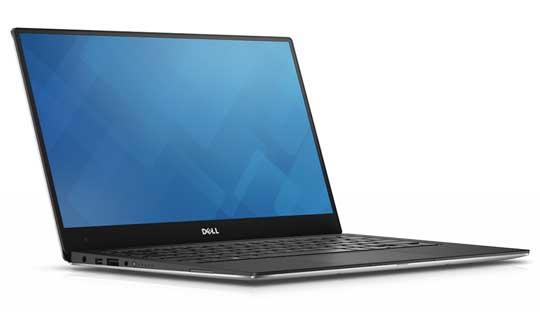 The Dell XPS 13 – 2015 did not change much compared to the previous version of the XPS 13, the laptop is finished with aluminum and carbon fiber, weighs only 1.17kg and touchscreen versions is 1.26kg. Inside the Dell XPS 13 is a 5th generation Intel Core Core i3 for low-profile version and core i7 for high-profile version. The Dell Touch Screen Laptop comes with two options for RAM is 4GB or 8GB.

Dell XPS 13 – 2015 using 5th generation Intel Broadwell processors and energy saving Sharp IGZO screen should have significantly improved the battery life of the laptop, can reach up to 15 hours. The old version of the Dell XPS made a lot of people frustrate by its battery, in the new version at CES 2015, Dell claims to attain 15 hours of usage time for the version used screen resolution of 1920×1080 with Intel Core i5 chip.

He started this blog as a hobby to show his affection for gadgets, but over the time this hobby became professional. And now he is working as a full-time blogger, but in free time he loves watching movies and games. PayPal donation for TechToyReviews will be appreciated.
@https://twitter.com/Techtoynews
Previous Sharp 4k and 8k TV appeared at CES 2015
Next Samsung officially launches Galaxy A7 with a price tag of $400