The Samsung NX500 upgraded version of the Samsung NX300 introduced from 2013. The NX500 has significantly changed the screen can be folded back at 360 degrees allowing the user can easily take a selfie picture with the camera. Even more impressive is that the NX500 megapixels sensor, same as NX1. The Nx500 design is similar to the NX300 combining with modern metal lines. The NX500 has a larger grip while holding the camera is quite light and so comfortable. The control system of the camera is also very easy, you can understand the menu system easily. Samsung NX500 has the ability to connect easily with smart phones or tablet via Bluetooth, Wi-Fi and NFC. 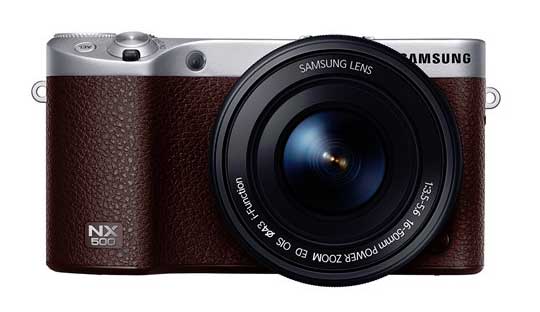 The Samsung NX500 design and finishing same as the professional camera, quite comfortable to holding in one hand. The camera systems with a special button on the left side of the screen with a basic feature. These buttons are helping us to quickly customize the basic elements of the camera. The buttons experience of the NX500 is a very good and the response of the buttons also very fast. The layout of the menu is easy to understand and react quickly to adjust. Appreciate the menu controls and system of the NX500. 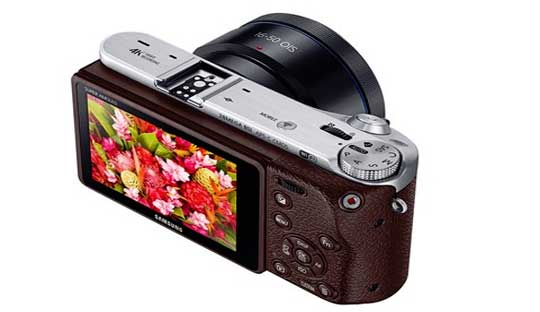 Samsung NX500 possesses 28-megapixels CMOS (BSI) sensor is the same as on Samsung NX1. The Samsung NX500 also has more interested features like MicroUSB port to transfer photos, videos from your camera to a computer. MicroHDMI port to output to external devices. Under the mid-range segment, NX500 possesses 180 degree flip up 3-inch touchscreen with a Super AMOLED technology and FVGA resolution. 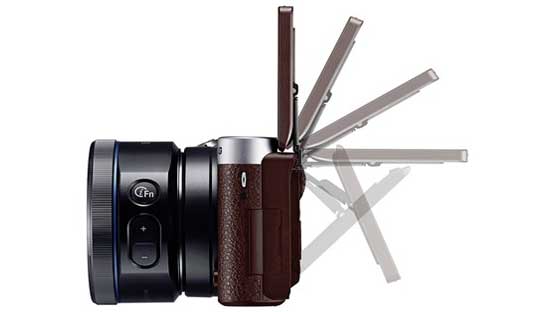 The Samsung NX500 also be a hybrid AF system include 209 number focal points, 153 cross-type points, it cannot gain clear performance as NX1. It is capable of shooting 4K Ultra HD, HEVC / H2.65 codec with resolution of 3840 x 2160 pixels pixels at 30 fps or 4096 x 2160 pixels at 24 fps, Full HD resolution 1920 x 1280 at 60 fps or 50 fps. Samsung users create UHD movie Time-lapse style. It also includes the ability to connect Wi-Fi and NFC quickly identify devices. The camera connects to the phone with features such as use as a remote control, data exchange, add GPS coordinates to sync with the phone app. In addition, the camera can automatically send email or automatic backup image, self-shooting and fast transmission to mobile devices. Samsung NX500 camera body with attached the 16-50mm f / 3.5-5.6 Powerzoom ED OIS lens kit price is $ 800. The selling time of the Samsung NX500 has not yet been revealed.

He started this blog as a hobby to show his affection for gadgets, but over the time this hobby became professional. And now he is working as a full-time blogger, but in free time he loves watching movies and games. PayPal donation for TechToyReviews will be appreciated.
@https://twitter.com/Techtoynews
Previous Lumia 435 Review: The best low-cost Microsoft Windows Phone
Next How to upgrade the Windows 10 Technical Preview for Windows phone