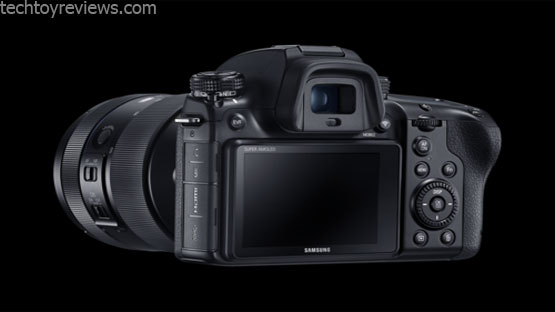 Inside the camera’s image processor DRIMe V Image Processor, and adaptive noise reduction. Autofocus feature in phases can be used in both stills and video, in the other modes such as sports photography, Samsung Camera NX 1 capable of tracking fast moving subjects and automatically close the shutter to capture the best pictures. NX1 also continuously capturing 15 frames/sec with the ability to continuously track targets, while the autofocus system covers 90% of the sample frame and use the new AF assist beam with 15m range.

NX1 camera capable of recording Ultra HD video and saved directly to a memory card with H.265 HEVC format. If you have a Samsung Ultra HD TV, you can connect it via Wi-Fi with NX1 to show the footage directly onto the TV screen.

Above NX1 with a small LCD screen for the user to quickly set up features such as ISO (100-25600), white balance and aperture, while the NFC would help NX1 can connect quickly send images and video with a smartphone or tablet. Samsung NX1 also integrated into the Wi-Fi 802.11 b/g/n/ac and Bluetooth 3.0. 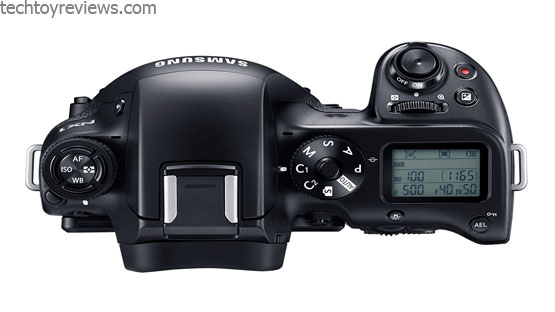 He started this blog as a hobby to show his affection for gadgets, but over the time this hobby became professional. And now he is working as a full-time blogger, but in free time he loves watching movies and games. PayPal donation for TechToyReviews will be appreciated.
@https://twitter.com/Techtoynews
Previous Lenovo K3 Smartphone with Snapdragon 410 under $100
Next Acer Aspire V7 Ultrabook Full Review