Samsung Gear A: SmartWatch with round face and 3G connectivity

A next Samsung Smart Watch model will be round. It also has incorporated many features rarely seen on the number of SmartWatch is currently available in the market. 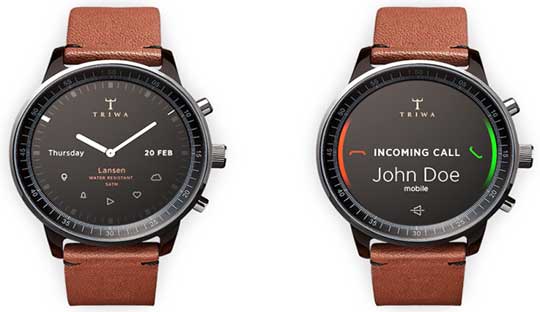 According to the latest news share by SamMobile, Samsung is preparing for the new model of The Samsung Gear Smartwatch with a new name called Gear A. The different Smart Gear model was earlier released by Samsung, Gear A with a round display similar to the Moto 360 and LG G Watch.

The Samsung Gear A will have two versions: one (code SM-R720) using a Bluetooth connection as most SmartWatch, and another one (code SM-R730) integrated 3G together with the ability to voice call similar as Samsung Galaxy S Watch launched a year ago. Both also have direct access to Wi-Fi. It is not clear how Samsung will now formally introduce Gear A.

The Samsung Gear A is also expected to owns the rotate screen. You can use this contour to switch between running apps, see the widget, browse through your messages, receive or reject calls, transfer songs, turn off the alarm, turn the clock face, interactive weather and many more. This new feature brings realistic SmartWatch experience for users. Samsung Smartwatch has also registered a patent for a SmartWatch.

He started this blog as a hobby to show his affection for gadgets, but over the time this hobby became professional. And now he is working as a full-time blogger, but in free time he loves watching movies and games. PayPal donation for TechToyReviews will be appreciated.
@https://twitter.com/Techtoynews
Previous Play Skip A Beat game on iPhone to check your heart rate
Next LG official event invitation for LG G4 on 28/4